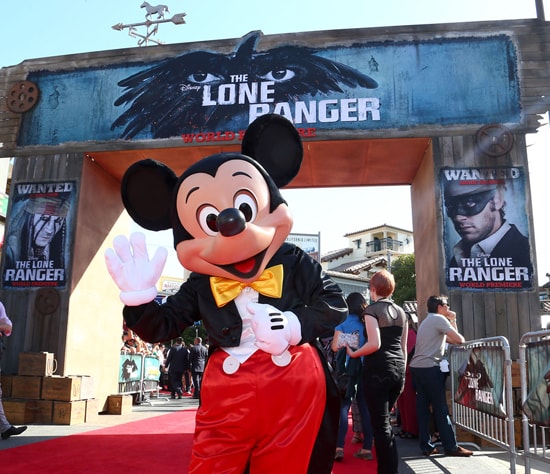 Thousands turned out on Saturday to see the stars arrive for Disney/Jerry Bruckheimer Films’ “The Lone Ranger” at Disney California Adventure park. It seems only fitting that the park played host to the world premiere of one of the summer’s biggest blockbusters since Buena Vista Street, Carthay Circle and Hollywood Land celebrate the magic and excitement of Hollywood’s earliest days and the golden age that first beckoned Walt Disney to travel west with a just suitcase and a dream.

The film’s stars Johnny Depp and Armie Hammer were joined by dozens of famous guests for this one-of-a-kind event.

Once the red carpet arrivals concluded, the cast was introduced in front of one of the two enormous trains used in the making of the movie, followed by a confetti blast of ranger badges! 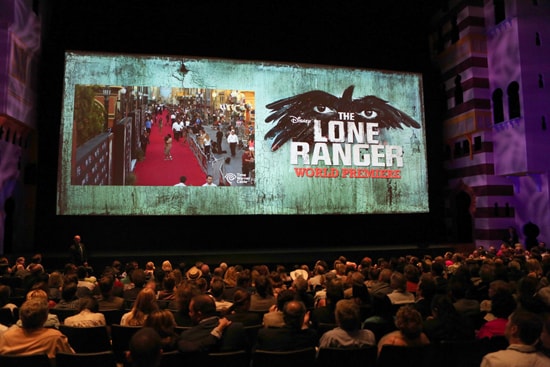 Meanwhile, inside the Hyperion Theater and at the Muppet*Vision 3D theater, premiere guests watched everything unfold on the big screen from a live feed. Then it was showtime!