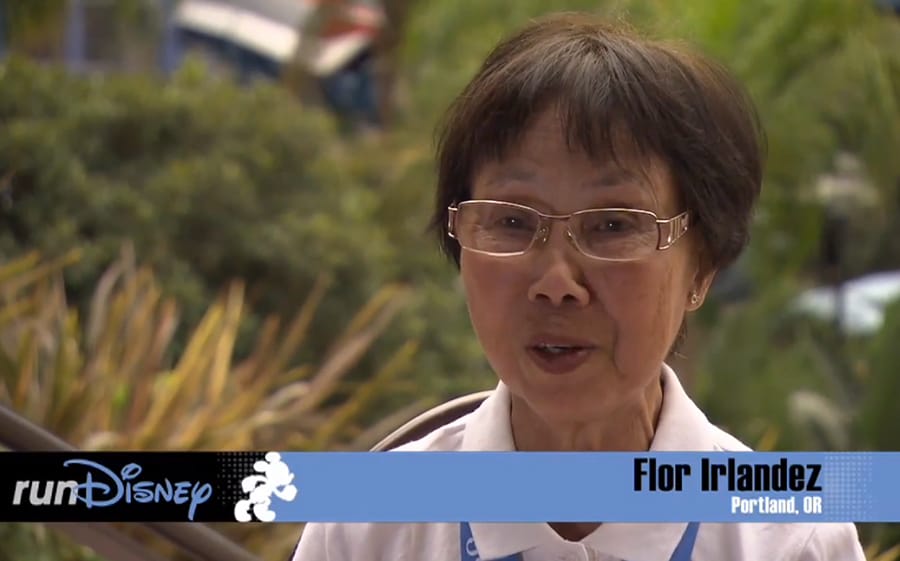 Standing at the start and finish lines of a runDisney event, you can’t help but feel excitement and inspiration. Thousands of runners, thousands of dreams, thousands of reasons to run, but all sharing one common goal – on this day, finishing the Disneyland Half Marathon.

During the Disneyland Half Marathon Weekend I had the privilege of meeting and spending time with a new friend, a runner who has given me great inspiration, 81-year-old Flor Irlandez from Portland, Ore. Flor started running at the age of 29 when co-workers shamed her into running during their lunch breaks. For 54 years she has not looked back, raising a family and inspiring her children and grandchildren to live healthy, active lifestyles. In fact, she often shares start lines with three generations of family members. When asked why she continues to run, she said, “Because it makes me feel good.” During her running career she has completed several runDisney events, often placing first in her age group. Her love of Mickey Mouse and running through Disney Parks makes runDisney her favorite.

Look for Flor at the start line in January at the Walt Disney World Resort as she takes on Goofy’s Race and a Half Challenge!

Allow me to introduce you to my friend Flor Irlandez.