We have an exciting update for fans of the Sorcerers of the Magic Kingdom interactive card game – the game just got trickier. 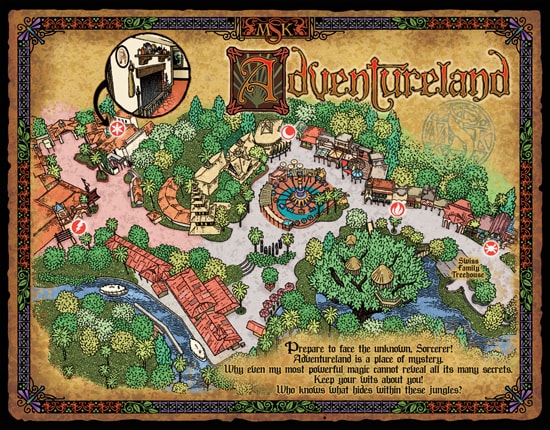 As you may know, in Sorcerers of the Magic Kingdom, guests become Merlin’s apprentice sorcerers and embark on a challenge to stop Disney villains from stealing one of the four shattered pieces of Merlin’s crystal ball. Guests search for villains’ hiding places throughout the park, and once there, use spell cards to stop the villains in their tracks.

The game offers three levels – Easy, Medium and Hard – which can be accessed based on how often and how much a guest plays. Changes were recently made to the game’s existing “Hard” level and now each time a guest plays at this level, a villain’s weakness will change, making the game different and more challenging each time.

Merlin the Magician just shared some hints with us as to how to beat villains at this level:

To figure out which spell types (Gross, Charming, Strong, Flying, Wishful, Quick or Energy) will defeat a villain, simultaneously cast several cards of differing spell types on the first turn of a battle. On that first turn, watch the power levels of the spells you’ve cast. If you watch carefully, you’ll learn which spell type worked best against the villain. When you see a spell hit the villain at full power, you’ll know that’s the type of spell you need to cast.

No changes have been made to the Easy and Medium levels.

New to Sorcerers of the Magic Kingdom? Be sure to check out the list of blog posts below for more.

Read these posts to learn more about Sorcerers of the Magic Kingdom: