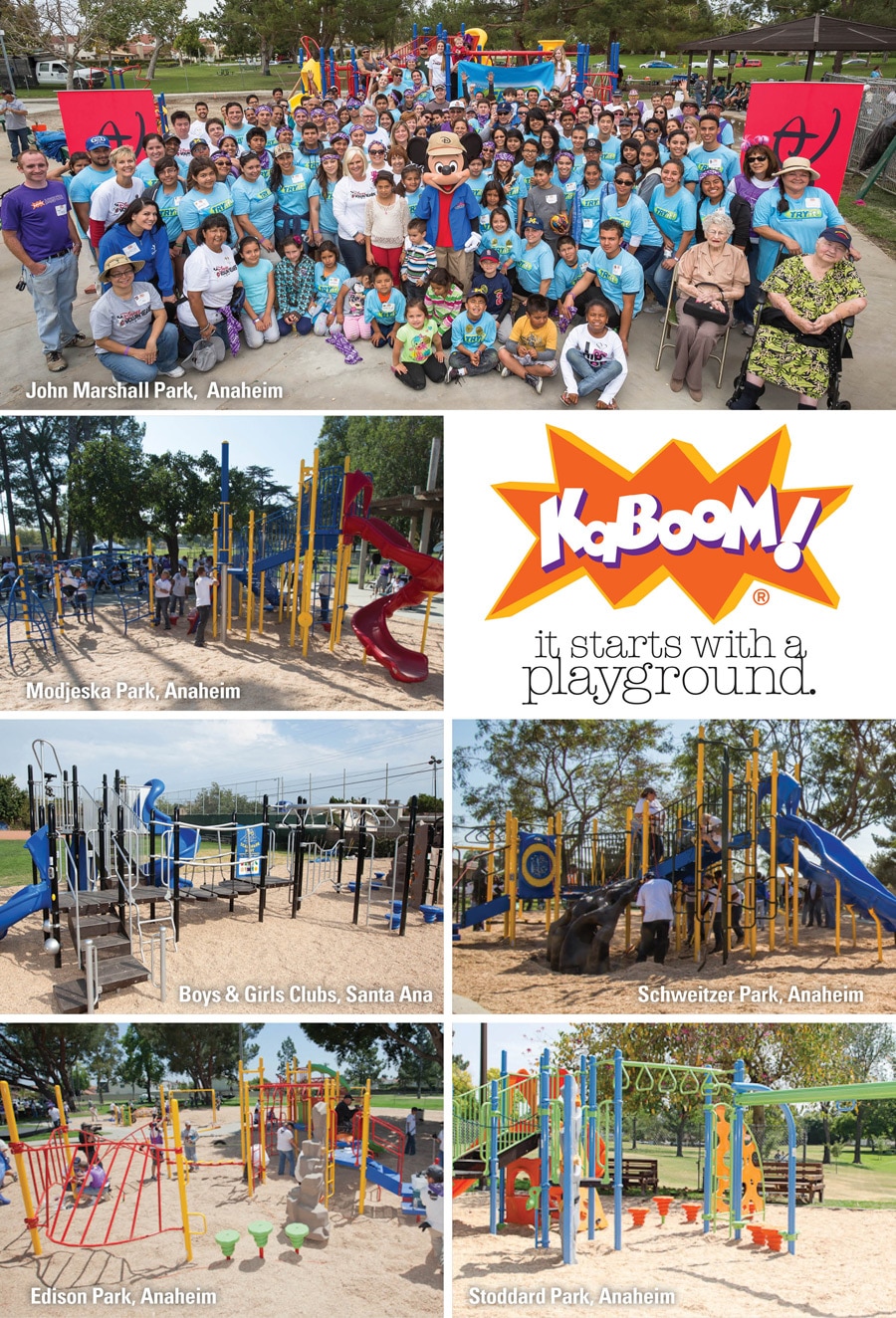 On Saturday, more than 200 volunteers from Disneyland Resort, Anaheim Family YMCA, KaBOOM! and Anaheim came together to build a new playground at John Marshall Park, less than five miles from the Disneyland Resort. This is the sixth KaBOOM! playground that the Disneyland Resort has helped sponsor and build in Orange County since 2011. The playgrounds provide more than 8,500 children a safe place to play! By the end of 2014, Disney’s support will bring the magic of play to more than 75,000 kids and families nationwide as part of Magic of Healthy Living, encouraging kids and families to stay active and healthy.