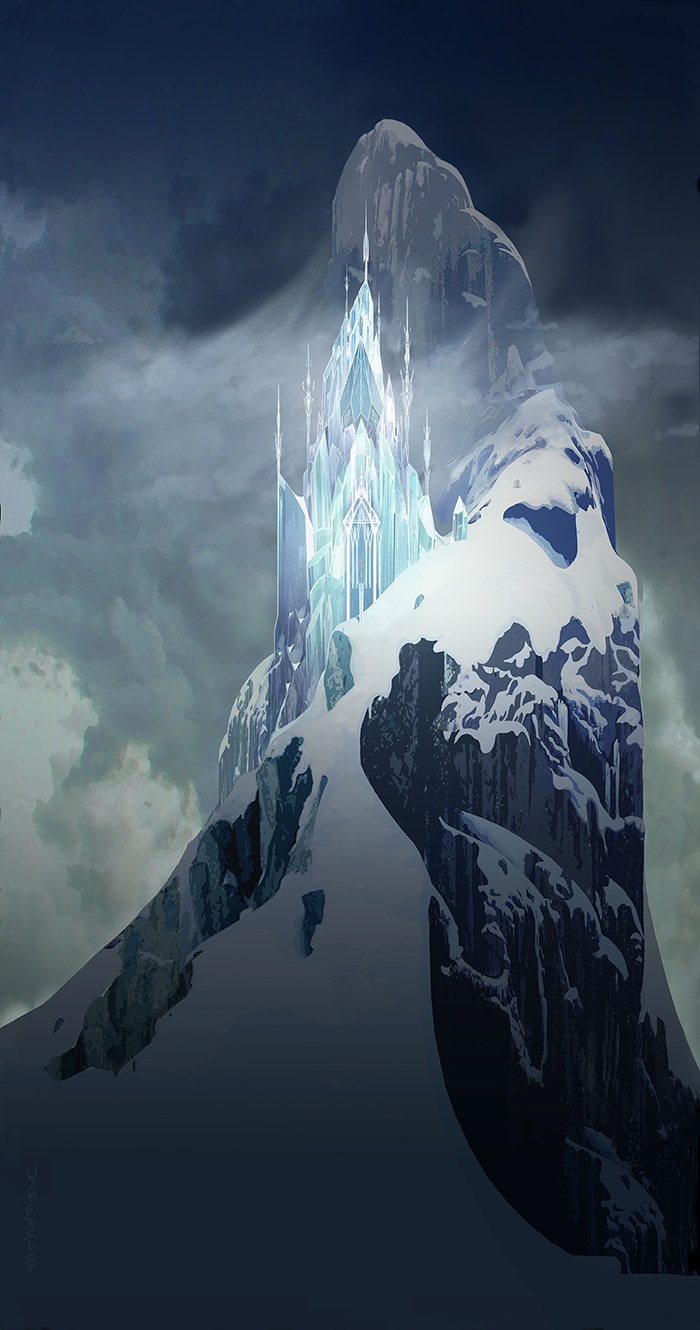 What ‘cool’ exhibit will soon be taking over the walls of The Disney Gallery on Main Street, U.S.A., at Disneyland park? How about Snow Queens – Art of Ice!

Snow is magical. Overnight it transforms backyards into wonderlands, ponds into skating rinks, and even has the power to cancel school. Snow is nature’s pixie dust, and for so many artists, a very blank, very enchanted canvas. First published in 1844, Hans Christian Andersen’s The Snow Queen tells the tale of a beautiful yet terrifying snow sorceress. Her image has inspired generations of artists and taletellers, including Walt Disney. For years, the Disney Studio toyed with their version of Andersen’s The Snow Queen. When they transformed the young characters of Gerda and Kay into two older sisters, Anna and Elsa, “Frozen” finally began to take form. The resulting stunning artwork conceptualized snow and ice as a visual metaphor for both isolation and empowerment. By challenging fairy tale norms and creating astonishing icy imagery, Disney artists made a frozen phenomenon. 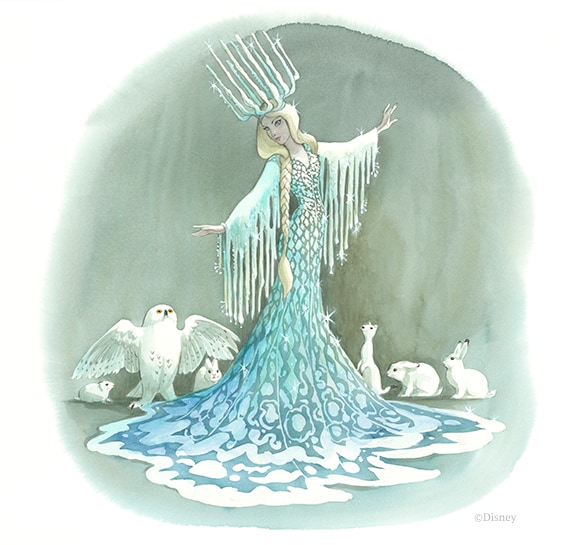 In 1977, Imagineers, led by Disney Legend Marc Davis, created their own interpretation of Andersen’s icy tale with concepts for an attraction titled, The Enchanted Snow Palace. In his paintings, Davis transports viewers to a realm where a tall, slim, glittering lady made of frost and ice is queen. He depicted the attraction as a whimsical, dreamy snow kingdom where winter fairies, snowball men, and icicle princesses live and play.

Now, for the first time in forever, The Enchanted Snow Palace and “Frozen” come together in The Disney Gallery.

So bundle up for “Frozen” magic on your next visit.