This week, Mickey Mouse and the “Happiest Balloon on Earth” were in Sacramento to celebrate as the California State Senate and Assembly proclaimed June 1, 2015 as “Disneyland Day!” 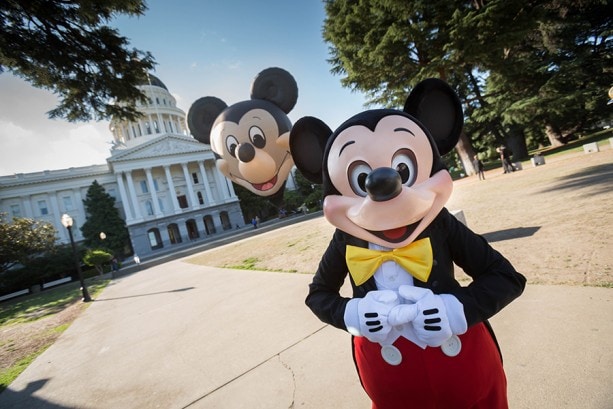 During the day, the “Happiest Balloon on Earth” floated over the Capitol lawn before Mickey Mouse and Disney Ambassador Allie Kawamoto visited young patients at UC Davis Medical Center. Disneyland Resort’s visit included a stop in West Sacramento, where 500 volunteers from Disney, KaBOOM! and the city of West Sacramento built Disney’s largest KaBOOM! playground ever.

Check out Kevin’s original post for more images and details of the day.

We also unveiled a new, extraordinary entertainment experience for guests of all ages coming to Disney Springs called The NBA Experience at Walt Disney World Resort.

The NBA Experience at Walt Disney World Resort is going to be a one-of-a-kind destination featuring hands-on activities that put families and guests of all ages right in the middle of NBA game action. You’ll be able to explore inside the world of professional basketball with numerous interactive experiences and enjoy a restaurant and retail store.

Check out our original story for more details about The NBA Experience at Walt Disney World Resort.

Rhino Kiama Makes Her Big Debut at Disney’s Animal Kingdom – Earlier this year, thousands of you voted to name our female baby rhino Kiama. She has been growing rapidly – gaining about three or four pounds a day – and now you can see her during your next adventure on Kilimanjaro Safaris!