Runners are ready to feel the Force during the runDisney Star Wars Half Marathon Weekend, January 14–17 at Disneyland Resort in California. Through physical training and by watching Star Wars: The Force Awakens, now playing in theaters, runners are prepared to choose their destiny!

We are excited our Star Wars friends, Matt Martin and Cole Horton, will be joining us for this galactic weekend. Matt manages digital content and community relations at Lucasfilm and Cole is a Star Wars contributor as well as author to Star Wars-related books. Not only will Matt be participating in his first 5K ever, the Star Wars 5K, and Cole running the Star Wars Rebel Challenge, they will also join the Speaker Series during the runDisney Health & Fitness Expo located at Disneyland Hotel Exhibit Hall. To follow the path to the light side, we created Star Wars-inspired looks for them to wear during their journey.

Matt will be sporting the popular new droid in the galaxy, skittish astromech BB-8, in an outfit inspired by New Balance and Champion. 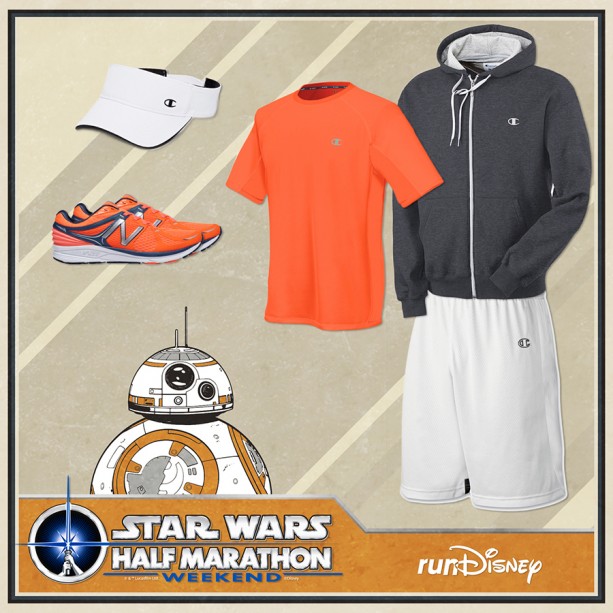 Cole will channel his inner R2-D2, who may be a skilled starship mechanic and fighter pilot’s assistant, but he is also known for his great bravery. 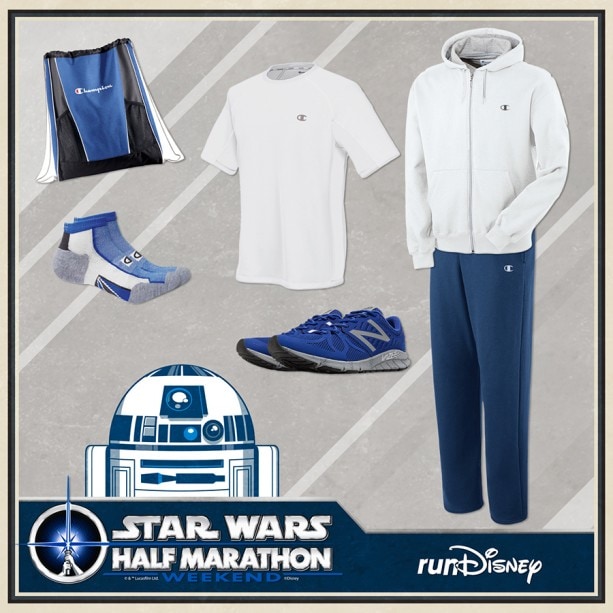 My favorite new character in the Star Wars universe is Rey. I plan to channel the mysterious power of the force for the Rebel Challenge during Star Wars Half Marathon Weekend! 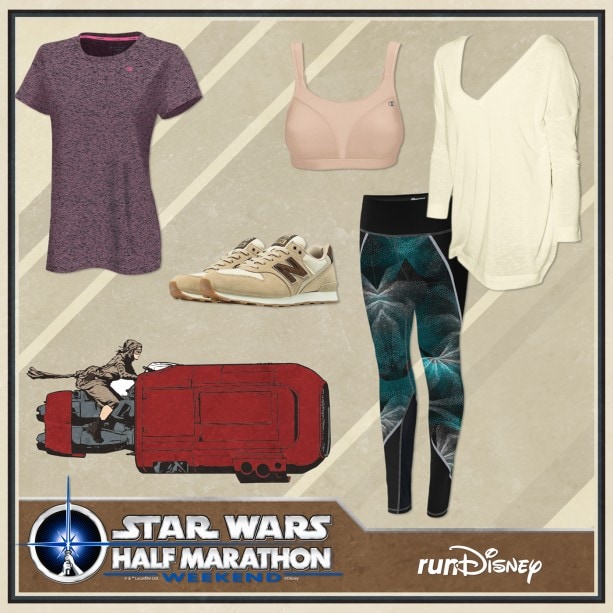 Good luck to all participants during Star Wars Half Marathon Weekend. Follow @runDisney on Twitter and Instagram to join the galactic fun. Show us your Force-inspired style using the hashtag #StarWarsHalf throughout the weekend!

For an updated version of our outfit policy at runDisney events please visit here!