Today, I have a look at new Dooney & Bourke handbags coming to select merchandise locations at Disney Parks this spring. 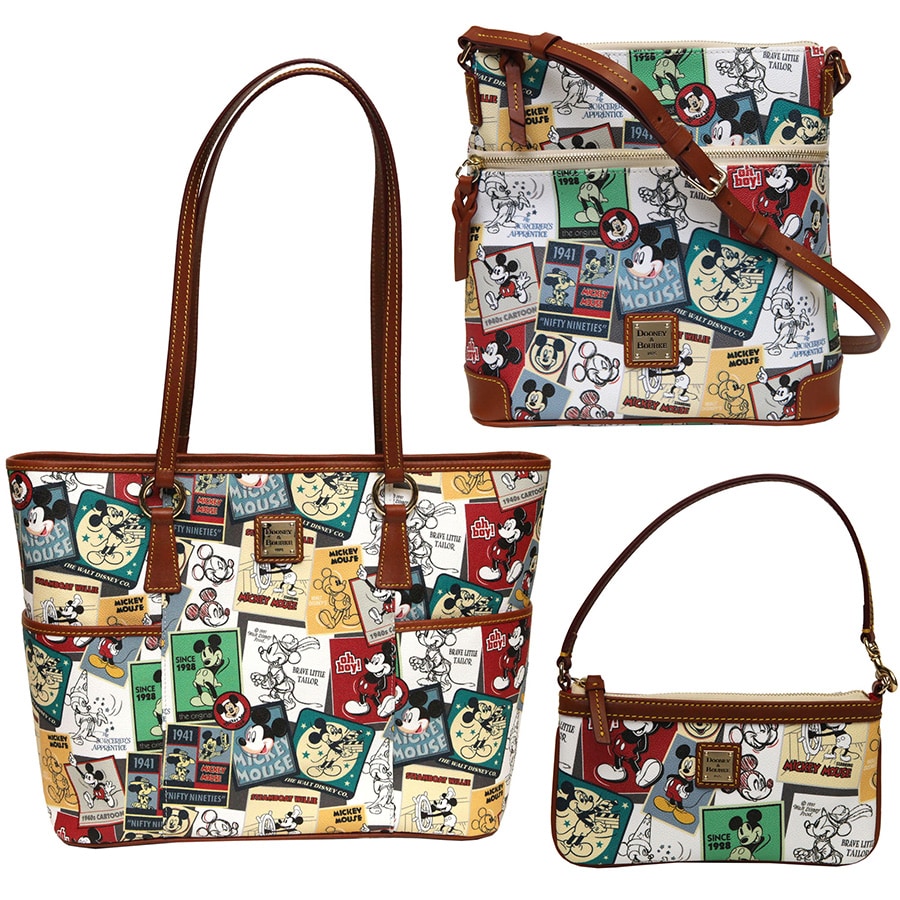 The first collection is called “Mickey Thru the Years” and features a salute to the one and only Mickey Mouse. We’ll offer a large letter carrier, a tote and a wristlet. Once released in early May, look for them in merchandise locations that currently carry Dooney & Bourke items. 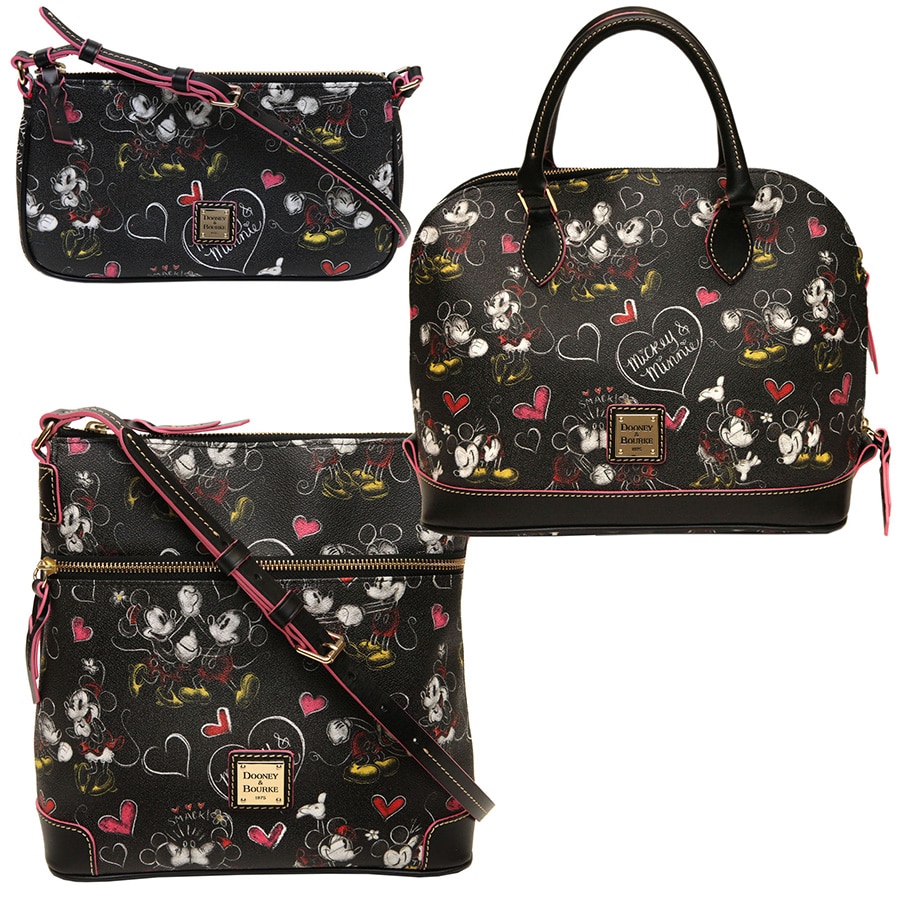 The second collection is called “Romancing Minnie,” and it will only be found at Cherry Tree Lane inside the Marketplace Co-Op at Disney Springs Marketplace starting in mid-to-late May. These leather bags won’t be carried at Disneyland Resort locations at this time. Look for three styles including a zip satchel, a large letter carrier, and a pouchette. Finally, we will release three bags inspired by characters and icons from Star Wars. This is the first time we’ve introduced black leather bags with embossed characters and icons. These items are due to arrive around mid-to-late May at Legends of Hollywood in Disney’s Hollywood Studios, or at The Star Trader in Disneyland park.

You may find select Dooney & Bourke items shown above via the Shop Disney Parks mobile app before they are released in merchandise locations at Disney Parks. To download this free app, please visit DisneyWorld.com/Shop.