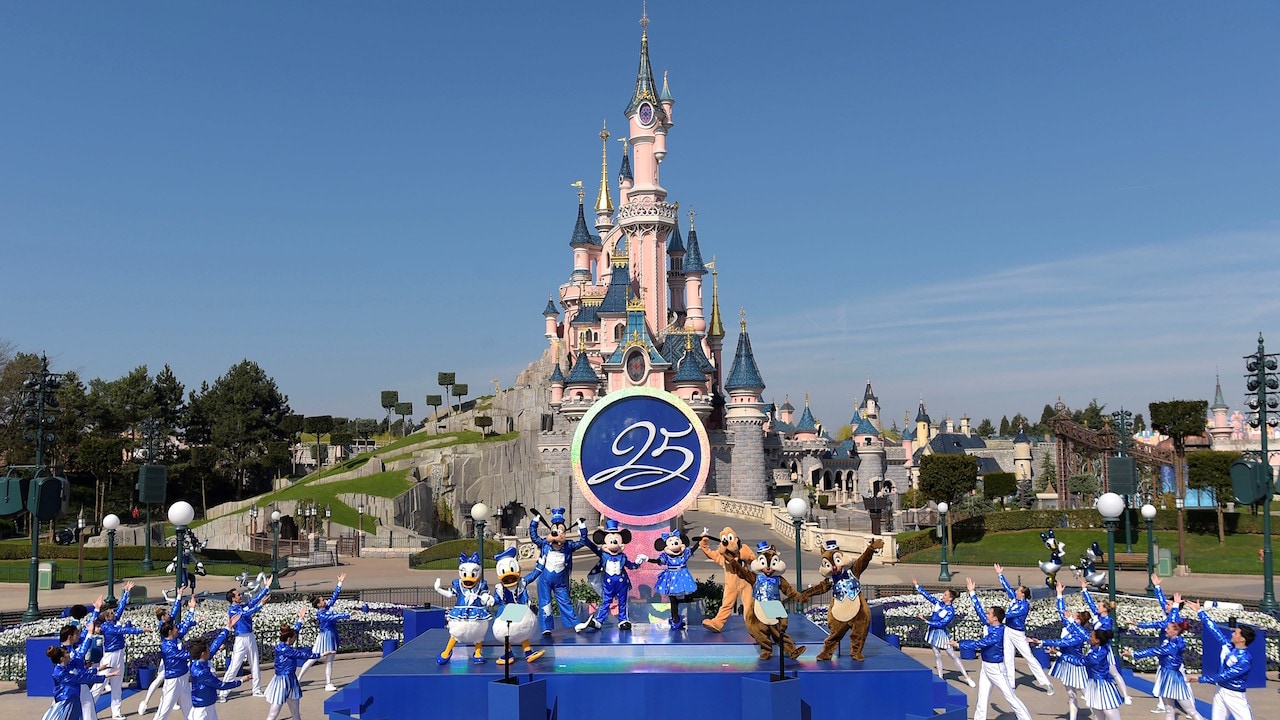 Well, it’s almost time for me to bid Adieu to all festivities here at Disneyland Paris.

It has been a whirlwind week, with the launch of the 25th Anniversary – a ceremony with moving speeches from Walt Disney Parks and Resorts Chairman Bob Chapek and Catherine Powell, President of Euro Disney S.A.S.; the launch of fabulous new entertainment and attractions; and a BIG surprise performance from superstar John Legend.

We brought you a selection of photos from the event; and if you want to see some of the action via video, the Disneyland Paris YouTube channel has highlights from the event.

And the fun doesn’t stop with this week’s events. The new attractions and entertainment continue at least through the end of this year. So you HAVE to come see:

I’m actually returning for vacation in June, to make sure my family sees all the great new offerings.

Je Retournerai – I Shall Return!