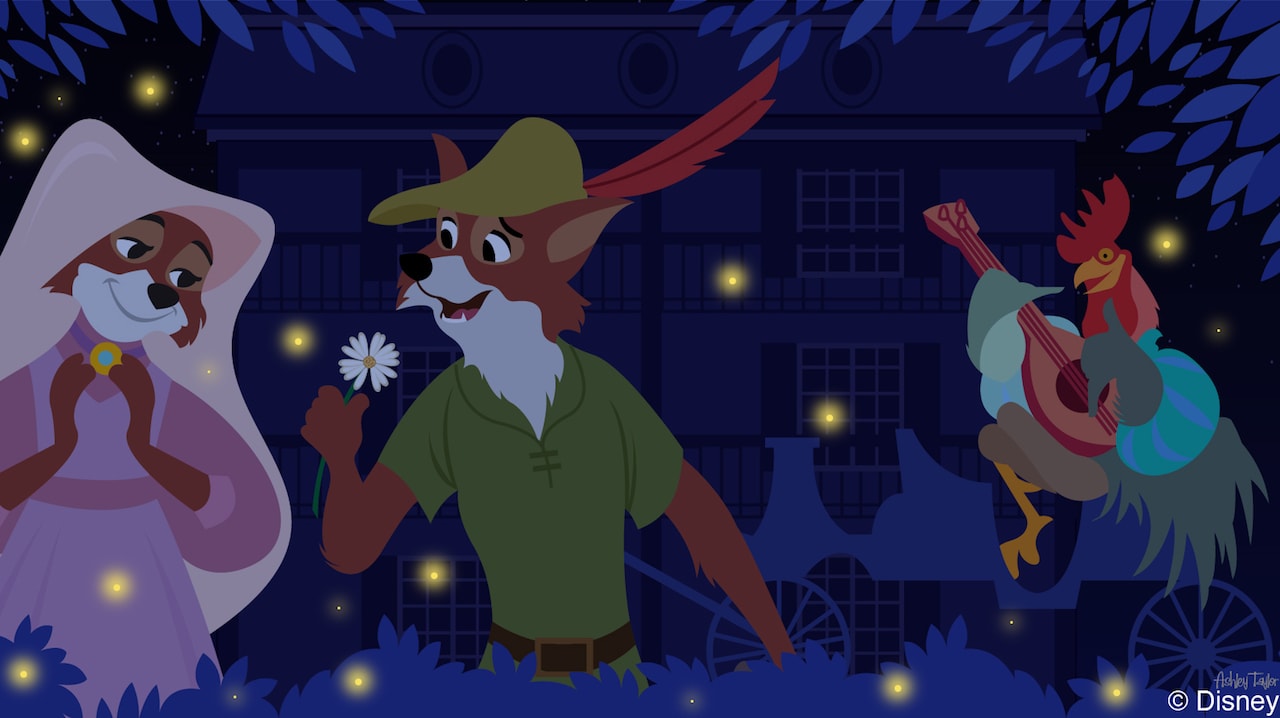 In our Disney Doodles series, different artists take turns imagining what a Disney character would do or see first if they had the chance to visit a Disney Park.

In this week’s Doodle, artist Ashley Taylor imagines what Robin Hood, Maid Marian and Allan-a-Dale would do if they had the chance to visit Walt Disney World Resort.

According to Ashley, Robin Hood may seek out yet another opportunity to woo his beloved Maid Marian.

“Robin Hood is a romantic and Disney’s Port Orleans Resort is one of the most romantic resorts at Walt Disney World!” Ashley said. “It’s easy to imagine Robin Hood and Maid Marian having a romantic stroll down there!”