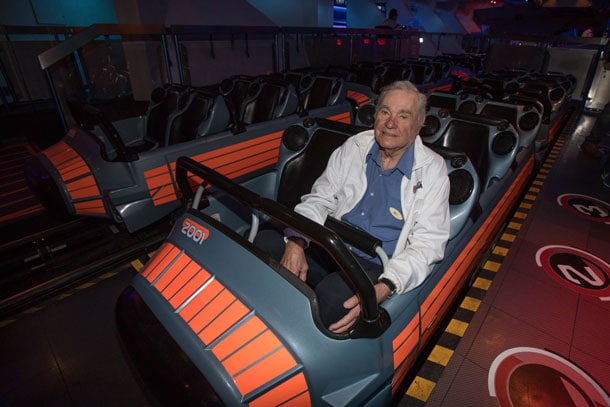 Bill enjoyed a personal tour of Space Mountain and observed the operation, rode the attraction twice and met cast members. Now in his 80s, Bill contributed to a number of attractions at Disney Parks around the world and completed the first all-computer design of a Disney attraction with Space Mountain. He worked at Walt Disney Imagineering from 1966 to 1985, and oversaw mechanical design for the openings of Epcot and Tokyo Disneyland.