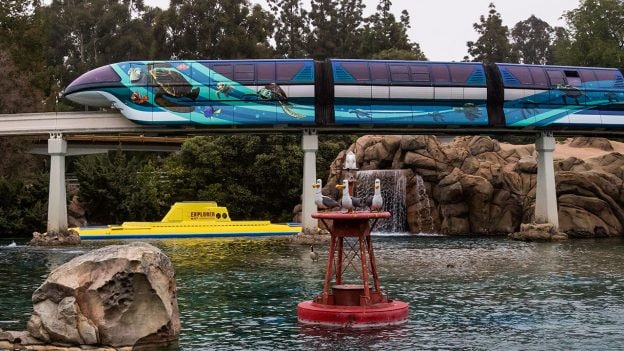 Just in time for Pixar Fest launching April 13 at the Disneyland Resort, the Disneyland Monorail has received a special, Pixar-themed enhancement! The orange and blue Mark VII trains feature characters from Disney•Pixar’s “The Incredibles” and “Finding Nemo,” respectively. 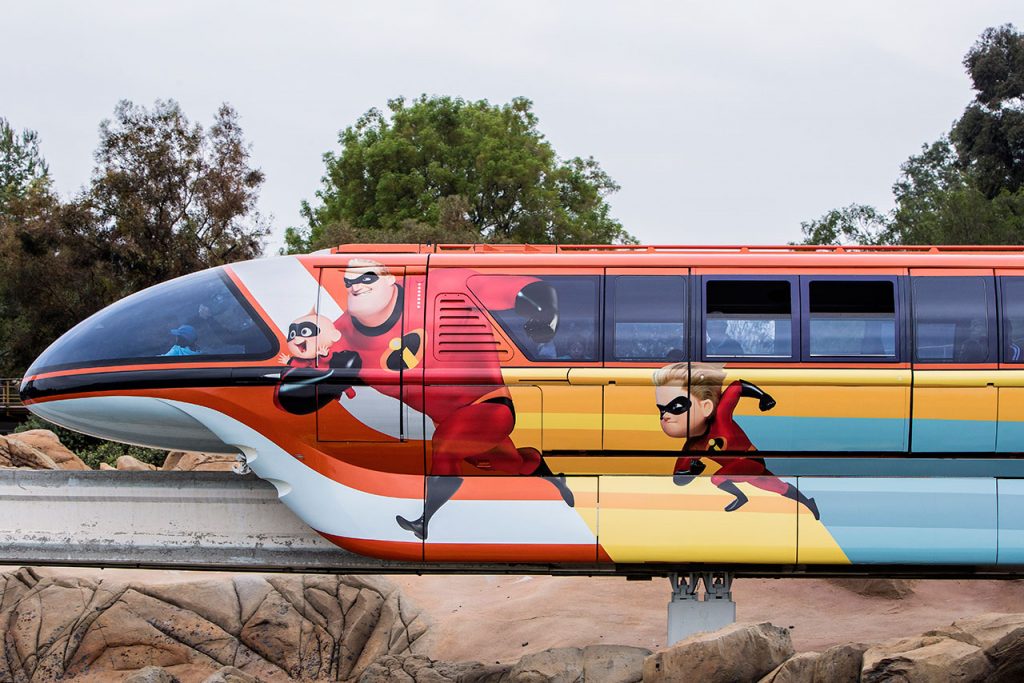 On the orange train, Mr. Incredible and Mrs. Incredible, along with Violet, Dash and Jack-Jack can be spotted on one side, while Frozone makes a cool splash on the other. 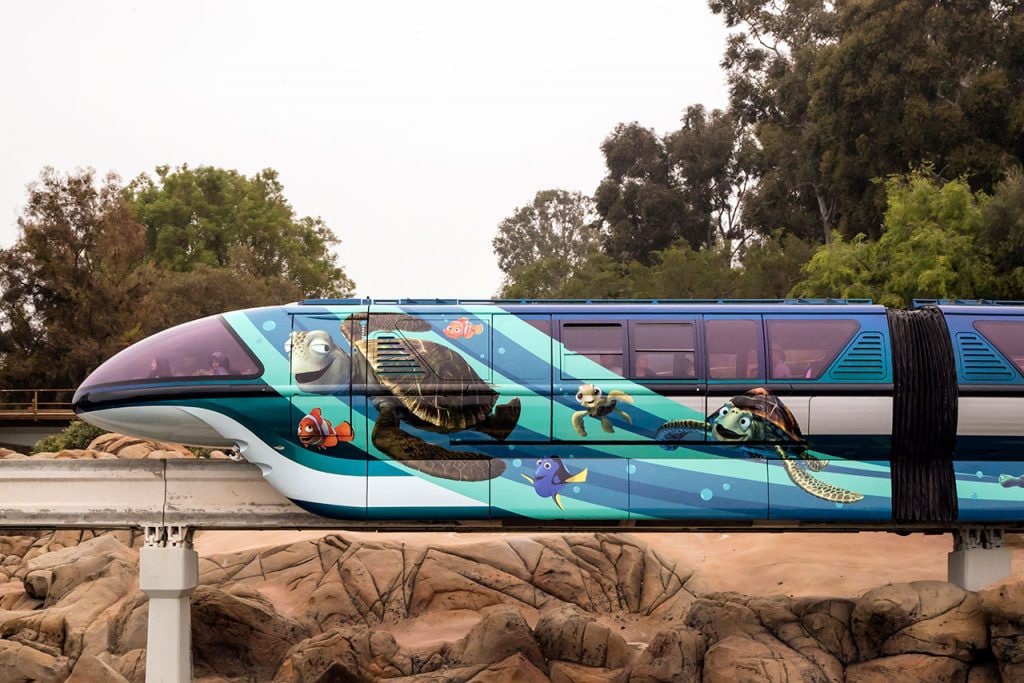 Meanwhile, the blue train has been creatively wrapped with a curvaceous wave. Crush can be seen surfing alongside pals Marlin, Nemo and Dory.

Our chief photographer captured the Disneyland Monorail in action this week. Hope you enjoy this first look! 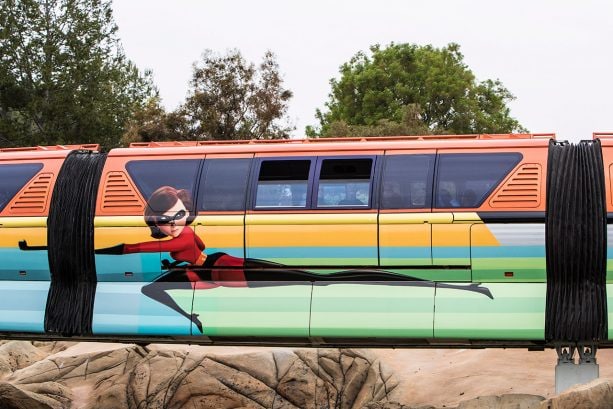 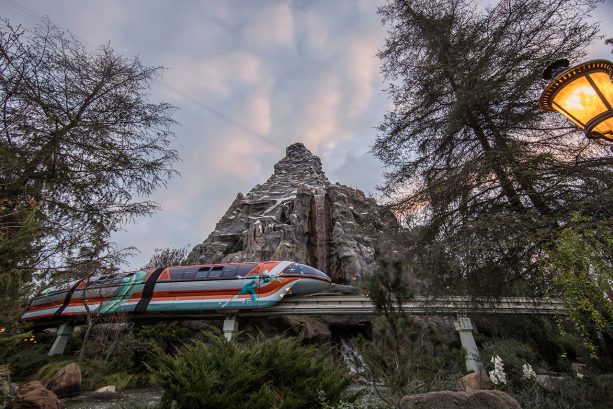 The red train is also expected to join in on the fun soon. Which Disney•Pixar story would you like to see depicted on the Disneyland Monorail?