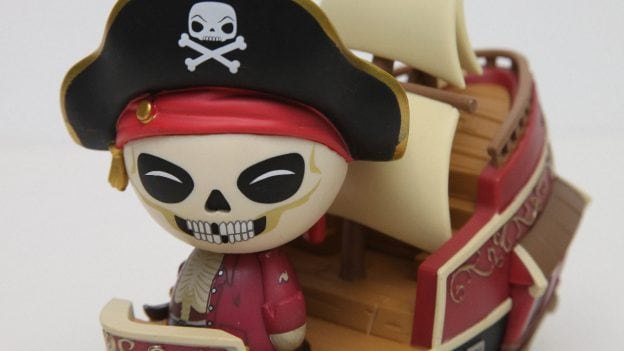 A new Funko Pop! vinyl figure inspired by the pirate ship in the classic Disney Parks attraction, Pirates of the Caribbean, is now available in select locations at the Disneyland and Walt Disney World Resorts.

This figure is part of the Funk Dorbz Ridez series, which features Jolly Roger sailing on a pirate ship inspired by the classic Disney attraction, Pirates of the Caribbean.

This pirate-themed collectible joins other park-exclusive figures created by Funko, such as the Figment Pop! figurine that celebrates the 35th Anniversary of Epcot.

Look for this figure now in the following locations at Disney Parks.

Please note purchase limits will apply. This item will not be carried on Shop Disney Parks at this time.