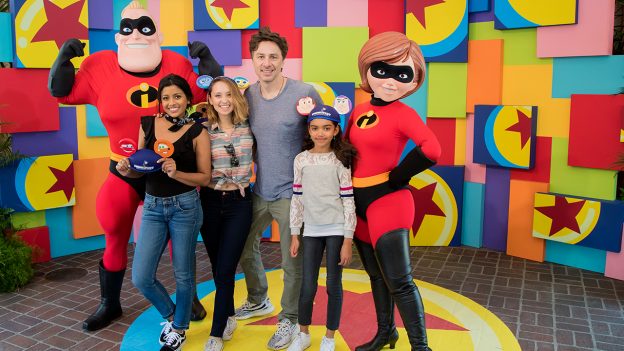 Actor and filmmaker Zach Braff and some of the cast from ABC’s “Alex, Inc.” visited the Disneyland Resort for a day of friendship and beyond during the first-ever Pixar Fest!

Zach was accompanied by fellow actors Hillary Anne Matthews, Tiya Sircar and newcomer Audyssie James. They were sad that their fellow actors Michael Imperioli and Elisha Henig couldn’t join them, but were so excited to check out the festivities! 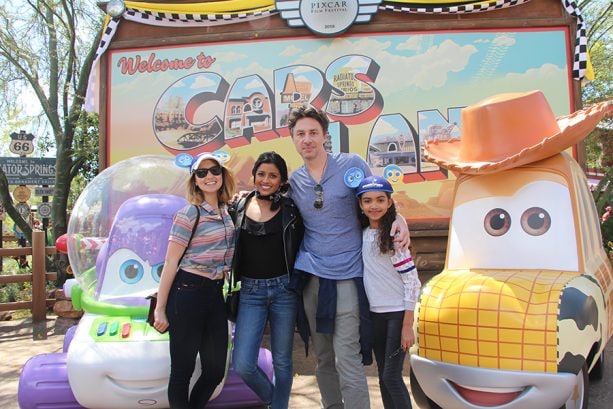 We first caught up with the cast in Cars Land at Disney California Adventure park. Hillary, Tiya, Zach and Audyssie had to stop for a picture with the Buzz and Woody cars. 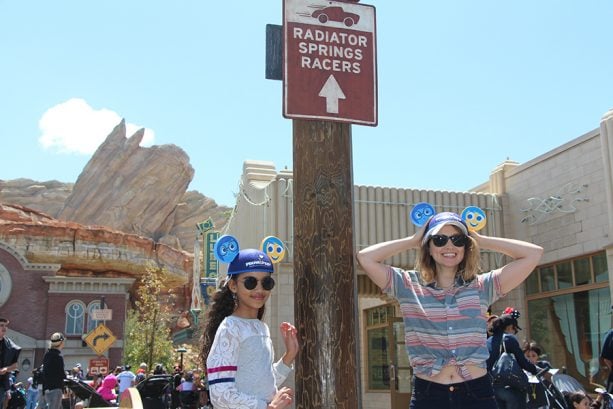 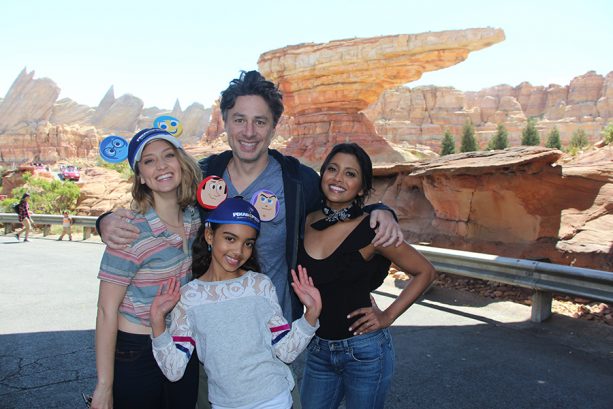 The next stop was Radiator Springs Racers where the gang experienced a thrilling race through Ornament Valley. Audyssie even mentioned it was her favorite attraction at the Disneyland Resort!

Enjoy Pixar Fest at the Disneyland Resort now through September 3. Be sure to watch for Tiya, Hillary, Zach and Audyssie on “Alex, Inc.,” on ABC. Zach stars as Alex Schuman, who quits his job in a brave effort to start his own podcast company, bringing his radio producer Deirdre (Hillary Anne Matthews), his cousin Eddie (Michael Imperioli), wife Rooni (Tiya Sircar), daughter (newcomer Audyssie James), and son (Elisha Henig). Be sure to tune in Wednesdays at 8:30/7:30 p.m. CDT.