Tucked along a favorite corner of the newly reimagined Pixar Pier in Disney California Adventure park, the Games of Pixar Pier feature four colorful and whimsical games: WALL•E Space Race, Heimlich’s Candy Corn Toss, La Luna Star Catcher and Bullseye Stallion Stampede. Each booth at this nostalgic midway is uniquely themed to Pixar stories and characters—ready for you to test your skills and try your luck!

Let’s take a closer look at each game booth. 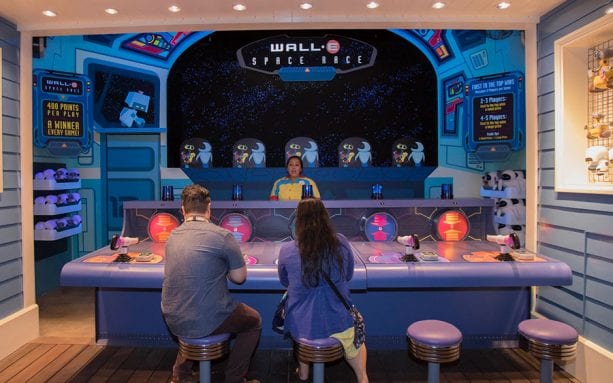 WALL•E Space Race
Designed after the inspiring dance scene in space from the Disney•Pixar film “WALL•E,” this game features pals WALL•E and EVE. Aim your water cannon at the target to propel them higher and higher, until they reach the top! Winners can claim a large plush WALL•E or EVE, small WALL•E or the loveable M-O as their prize. 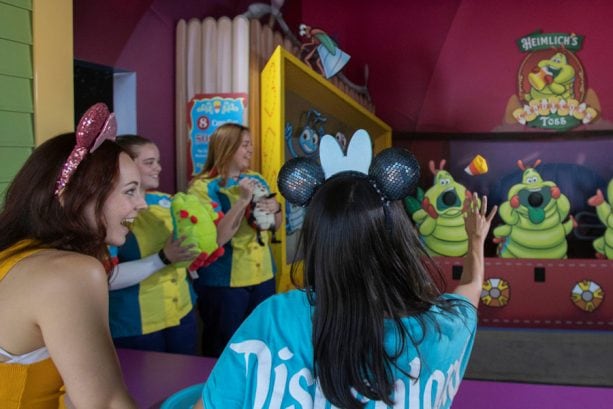 Heimlich’s Candy Corn Toss
Heimlich, the hungry and adorable caterpillar from the Disney•Pixar film “a bug’s life,” has made his way to Pixar Pier! Toss giant candy corns into Heimlich’s open mouth to win. All the while, a gallery of “bug” characters cheer you on from his side. Prizes may include a plush Heimlich, Flik, Francis or Candy Corn. 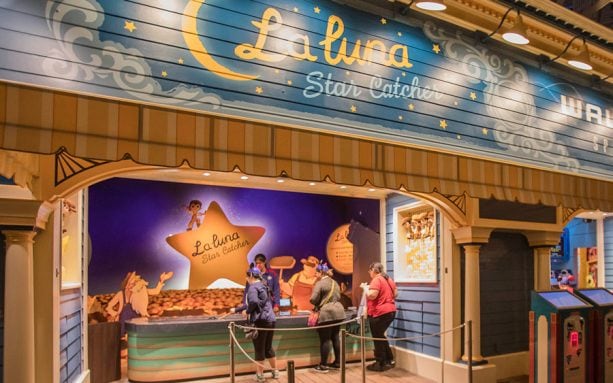 La Luna Star Catcher
Based off the Academy Award-nominated Disney•Pixar short “La Luna,” La Luna Star Catcher is a fishing game for the whole family! Players use a magnetic fishing pole to help Bambino, Papà and Grandfather Nonno catch stars from the lunar surface. Staying in theme, the prizes include a variety of plush toys: stars, the moon and even Bambino. 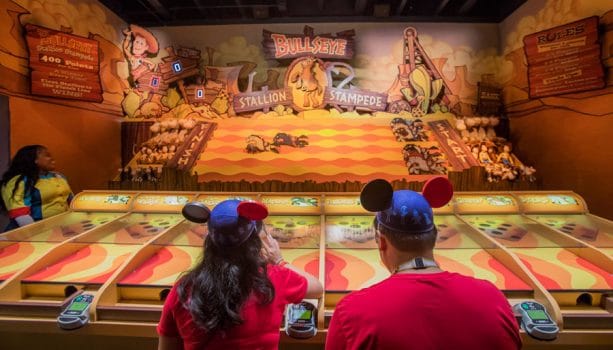 Bullseye Stallion Stampede
Rediscover the fun of racing to the finish line with your favorite “Toy Story” stallion, Bullseye. Aim just right to roll the rubber balls into the perfect spot, making your horse ride like the wind. If your horse crosses the finish line first, you can win a plush Bullseye, Woody or small pony to call your own!

These pay-per play games offer you the chance to win adorable prizes of all sizes. To play the games, you’ll need to purchase a special play card with prepaid credits at a dispensing machine located near the booths.

When you visit Pixar Pier, what game do you want to play?