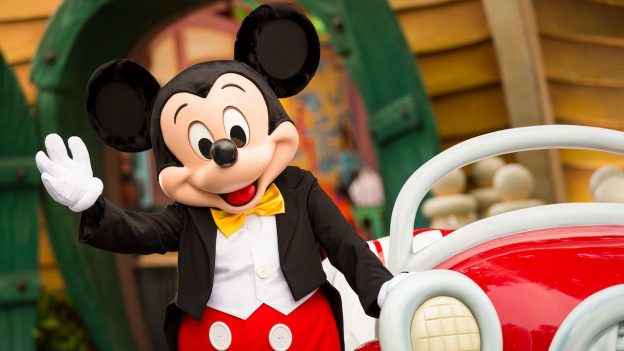 Limited-Time Celebrations Planned for the 90th Anniversary of Mickey Mouse

It was all started by a mouse. Now 90 years later, we are in party-prep mode for the birthday of the one and only Mickey Mouse. With a milestone as big as 90 years, one party simply will not do! That’s why Mickey’s birthday celebration will span across the globe with a series of events at all Disney Parks sites around the world, including the previously announced World’s Biggest Mouse Party – a limited-time, global celebration of Mickey and Minnie – as well as ‘Mickey: The True Original Exhibition’ in New York City.

“Mickey: The True Original Exhibition,” an interactive art exhibit, will open in New York from November 8, 2018 – February 10, 2019. This immersive, pop-up art exhibition is inspired by Mickey’s status as a ‘true original’ and his global impact on popular culture and art. From his beginning in black and white in Steamboat Willie to the technicolor world of more than 100 cartoon shorts, exhibition guests will step into an unforgettable journey of Mickey moments reimagined.

“As Walt said, ‘I only hope that we never lose sight of one thing—that it was all started by a mouse’,” said Bob Chapek, Chairman of Disney Parks, Experiences and Consumer Products. “From ‘The True Original Exhibition’ to a year-long celebration in our parks around the world, we are honoring the deep connection that families and fans have made with Mickey and Minnie Mouse for nearly a century.”

Mickey’s 90th is definitely a “mouse”-do this fall! With so many birthday parties to choose from, one question remains: which will you be a part of?