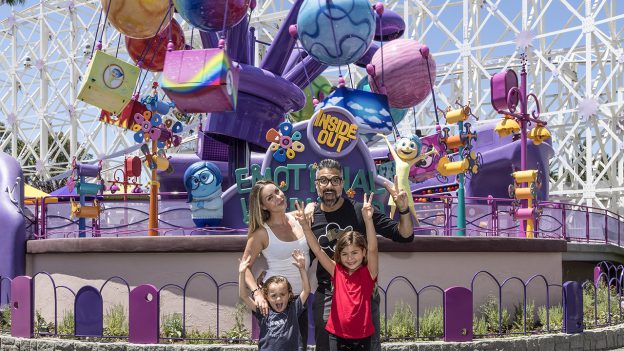 Recently, actor, singer and television personality Jaime Camil and his family experienced a day full of exciting emotions throughout the Disneyland Resort.

Jaime, his wife, Heidi Balvanera, daughter, Elena, and son, Jaime III, even took a spin around Inside Out Emotional Whirlwind at Disney California Adventure park. Check out this capture of their joyous flight!

Inspired by the hit Disney and Pixar film “Inside Out,” Emotional Whirlwind takes you a sense-ational spin while aboard one of eight Memory Movers. Aboard, you can help Riley’s Emotions—Joy, Sadness, Anger, Disgust and Fear—sort through memories being collected.

How cute is that? Have you helped Riley’s emotions on Emotional Whirlwind Inside Out?