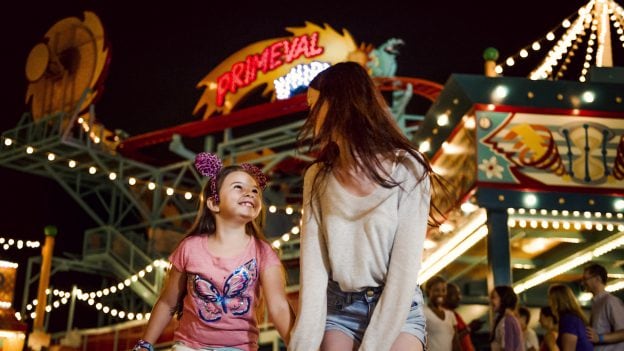 If you’re looking for a list of the best things to do at Walt Disney World Resort, you came to the right place! Disney Special Event Tickets are one of my favorite things to take advantage of at Walt Disney World Resort, offering a unique immersive experience in the Disney parks. Depending on the event you choose, this is a chance to enjoy some of your favorite attractions with less wait time or celebrate the holidays – Disney style! Whether you are planning your first Walt Disney World Resort vacation or a returning guest, these events are a great way to get the most out of your trip. Keep reading to discover which special after-hours event is right for you!

1. For Nature Lovers: Disney After Hours at Disney’s Animal Kingdom

Looking for more ways to celebrate the release of “Toy Story 4” this summer? Disney H2O Glow Nights is the event for you! From Toy-story themed menu items to character greetings with your favorite Toy Story pals, this one-of-a-kind glow party brings “Partysaurus Rex,” to life and lets you experience Typhoon Lagoon attractions under the stars.

This summer, Disney’s most notorious villains are taking center stage at Magic Kingdom Park! Disney Villains After Hours will feature a tempting array of villain-inspired treats, special branded merchandise, the all-new night show, “Villains Unite the Night” and Maleficent the Dragon. Check out this complete list of the unique experiences this event has to offer.

4. For Adventure Seekers: Disney After Hours at Disney’s Hollywood Studios

From Fantasyland to Tomorrowland, there is so much to explore in the Magic Kingdom Park.  Disney After Hours at Magic Kingdom Park allows you to enjoy more than 25 of Disney’s iconic attractions and character greetings including Space Mountain, Seven Dwarfs Mine Train and Peter Pan’s Flight with less wait times.

There is nothing quite like watching an enchanting “snowfall” in Florida. In my opinion, the most wonderful time of the year is even more magical when spent at the happiest place on earth! At Mickey’s Very Merry Christmas Party there is no shortage of holiday cheer, Yuletide traditions and beloved Disney characters.  And debuting this year, an all-new holiday firework show, “Minnie’s Wonderful Christmastime Fireworks.”

Ready to experience the Disney parks like never before? Plan to purchase your tickets early to save on these awesome after-hours events.