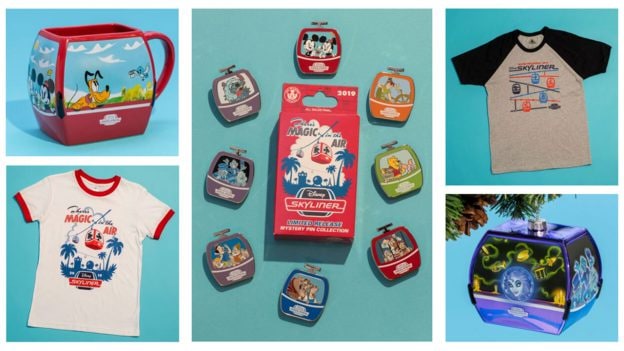 We’re just a few days away from the official September 29 opening of the Disney Skyliner, a magical (and inventive!) gondola system that will offer guests transportation between Disney’s Hollywood Studios, Epcot and select Disney World resort hotels.

Today, we’re happy to share the first look at the first Disney Skyliner merchandise, which was inspired by artwork similar to what will be featured on the gondolas.

Merchandise will be arriving on September 27 at select merchandise locations.

The new collection offers something for every member of the family, including t-shirts, hoodies, mugs, pins, MagicBands, Christmas ornaments, toys and more.

Merchandise will be available at these locations:

Learn more about the Disney Skyliner in this previous blog post.