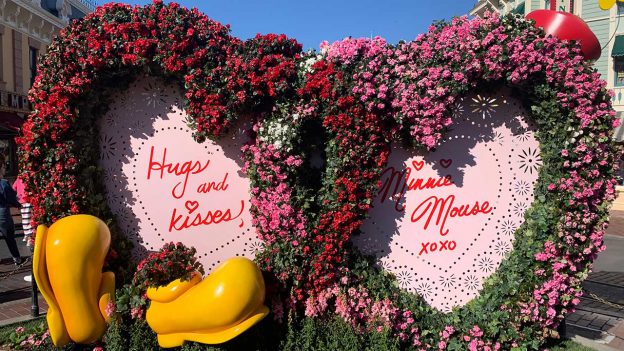 You may be smitten by classic Disney relationships such as Ariel and Eric or Kristoff and Anna, but the best fairytales are cast members who found their happily ever after while working at the Disneyland Resort. Here are a few of their stories!

“It’s a small world after all,” indeed, for Arthur and Eric, who met while working as hosts at the fan-favorite attraction in 2001. They tied the knot in 2013. Today, Arthur works as a Disneyland Engineering Services secretary and Eric as an Entertainment program integration manager.

“The term ‘happily ever after’ sounds a bit cheesy, but … I am so lucky to have experienced life and growing up with him,” says Arthur.

“Folks often ask if we ever get tired of working at the same place as our spouse, but I can say it’s quite the opposite. Our time together is so precious and both of us calling the Happiest Place on Earth work makes it all the more fun,” added Eric.

Carly and Erik started off as strangers once they were casted as performers in Mickey’s Halloween Cavalcade in 2013, but this spooky parade lead to something much more sweet. The happy couple is now engaged and enjoying date nights seeing their favorite shows at the resort. Carly and Erik are still working in entertainment and Carly loves seeing her fiancé from time to time when she’s working.

“It’s a dream come true to be living out my childhood dreams of being a parade performer for Disneyland,” Carly says. “I never knew I would meet the person I would spend the rest of my life with while doing what I loved!”

Not only did Iron Man save the world on multiple occasions, he also ignited a spark between two Entertainment Cast Members, Janice and Tim. He noticed a paper cut-out of the Super Hero she placed on her desk shortly after she started with Live Entertainment in 2013 and began a conversation. Their self-proclaimed “nerdy love” became official when the two married in 2015. Today, Tim is a senior graphic designer and Janice is a secretary for Entertainment Operations.

“Since he’s an artist, we started talking about Marvel, which led into Star Wars. We were friends for about six months and would go to conventions and see every movie coming out,” Janice recalls. “We have so many people who work in the Entertainment department cross from one building to the other say, ‘I just saw your other half.’ The fun thing is everyone knows both of us.”

When Samantha was hired in as a cast member at Jungle Cruise in 2013, she expected to discover wildlife on her trips down the river, but finding love was a bonus. In 2017, the relationship took a wild ride as they began the Disney Leadership Essentials program while planning their wedding. They graduated from the leadership development program the same year and were married by a fellow former skipper, surrounded by cast member friends. Today, they are both Attractions stage managers in Disney California Adventure park.

“The Disneyland Resort saved me in so many ways,” shared Adam. “It gave me a career that I love, friends that will last a lifetime and it gave me Sam. I am eternally grateful. That’s part of what makes me so dedicated to this job.”