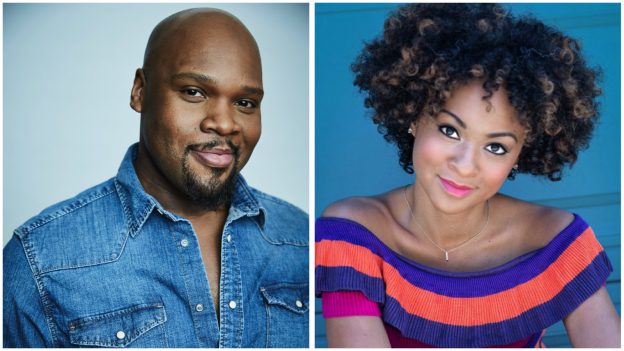 The Epcot International Festival of the Arts is entering into its final stretch, and there is still plenty of new artful fun and entertainment this weekend! The Disney on Broadway Concert Series has dazzled thousands of guests since its January debut. Five outstanding Broadway star duos have brought sensational fun and entertainment to the America Gardens Theater stage, and we are thrilled to introduce you to the sixth and final pair of performers!

Syndee Winters, most recently known for playing Nala in “The Lion King” on Broadway, and Michael James Scott, also known as the Genie in “Aladdin” on Broadway, are first-time Disney on Broadway Concert Series performers this year. Performing this weekend, this Florida-grown duo will alternate nights of performances with fellow Broadway stars, Ashley Brown and Josh Strickland. You can catch all four performing together in a series of special joint performances on Feb. 24, the last night of the Epcot International Festival of the Arts.

The Disney Parks Blog got a chance to sit down with Syndee and Michael and chat about their upcoming performances. Check out the video below to learn more!