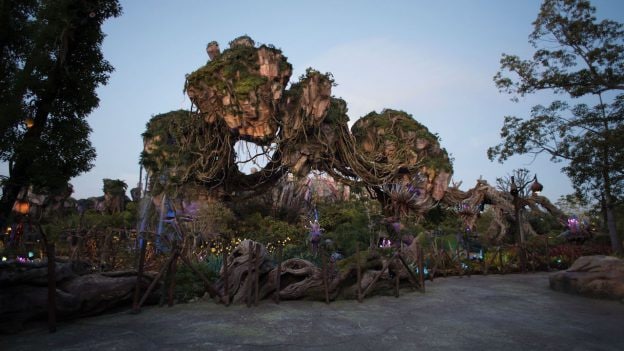 #DisneyMagicMoments: Joe Rohde and Jon Landau Celebrate the Third Anniversary of Pandora – The World of Avatar at Disney’s Animal Kingdom

Sivako! We’re celebrating Pandora – The World of Avatar, which three years ago this week officially welcomed guests inside Disney’s Animal Kingdom at Walt Disney World Resort for the first time. And as you may imagine, the story behind this lush, awe-inspiring place goes back … quite a bit further.

To tell that tale, we brought together two of the lead creative partners responsible for developing the land: Joe Rohde, portfolio creative executive for Walt Disney Imagineering, and Jon Landau, producer of “Avatar” and its sequels. These two visionaries assembled a team of thousands to turn a wondrous cinematic digital world into a complete physical environment that inspires and thrills.

I have a great level of respect and admiration for the creativity and the commitment to design that both Joe and Jon have brought to the entertainment industry through the years. Pandora – The World of Avatar is a wonder of our world and has truly ushered in a new era of immersive storytelling at Walt Disney World Resort.

As you listen to Joe and Jon, you’ll learn how Pandora – The World of Avatar meshes with Disney’s Animal Kingdom. You’ll hear them discuss the similarities between developing a themed environment and a major motion picture. And you’ll gain an understanding of how the stories of the film, the land and the park complement one another.

I’m so excited to share this #DisneyMagicMoment with you, I feel like I could … uh … fly. Enjoy!

For more #DisneyMagicMoments like this in the future, keep checking back with us here at the Disney Parks Blog.