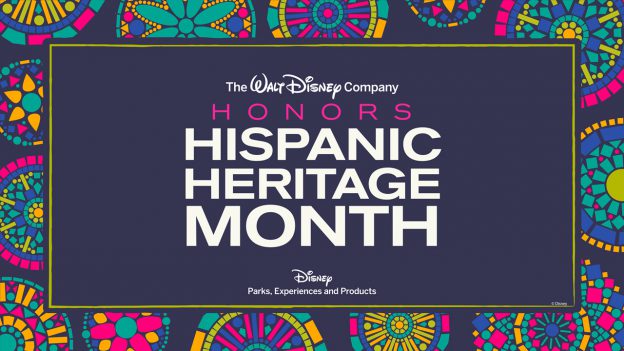 Earlier this year, I introduced you to The Walt Disney Company’s Supplier Diversity team and the passion that drives our work. This includes making a meaningful and positive impact on our diverse supplier communities. During #HispanicHeritageMonth, as we continue to celebrate the stories, cultures and contributions of Latinx individuals both inside and outside of our company, it’s my pleasure to tell you about Badia Spices, one of our Hispanic-owned diverse suppliers.

Badia Spices is a purveyor of spices, seasoning blends, marinades and more. Badia Spices supplies spices and seasoning blends to our restaurants and has been one of our leading suppliers since 2005. Thanks to the variety of the spices that Badia supplies to our parks, we’re able to create magic through fan-favorite culinary delights.

But before Badia got its start as a Disney parks supplier, the company was built on family tradition. The family-owned brand started in 1967 when Jose Badia, a Cuban exile, began selling his spices around Miami using his station wagon as his “storefront.” By the 1970s, Badia Spices grew in the local market and was featured in grocery stores and bodegas across Miami. The business continued to gain popularity, first within the Hispanic community and then among the general market.

Today, it is a leading Hispanic-owned, multi-million-dollar company, led by Jose’s son, Jose “Pepe” Badia, who continues the family legacy while managing the company’s daily operations.

“It’s an honor for us at Badia Spices to contribute to our brothers and sisters in the restaurant community. We know how hard it is to start a business – the long hours and sacrifices one must make. Wishing you all a new beginning very soon. We are with you,” shared Jose “Pepe” Badia, owner of Badia Spices, as he reflected on the current situation caused by the global pandemic.

If you’re wondering what Badia Spices taste like, you’ve likely already tried them at our parks without even realizing it! Have you ever gone to Disney’s Animal Kingdom and had a meal at Flame Tree Barbecue? Well, one of Badia’s signature rubs is used on some of the menu options available there. Badia Spices even work directly with Disney chefs to create custom blends and flavor pairings that are uniquely Disney. While their spices are now sold in more than 100 countries, these special blends and pairings can only be found within dishes at our Disney parks.

From humble beginnings to a monumentally successful global business, the Badia family proves to be an inspiring example of where hard work and determination can take you. Terry Alejo, Business Development Manager for Badia Spices, joined the company six years ago and being a Cuban-American she has been inspired by the Badia family’s story, sharing advice for anyone interested in following the Badia family footsteps.

“Understand that business success is not going to happen overnight, which doesn’t mean someone should quit,” Alejo said. “It takes time and years of hard work but if you’re passionate enough and with a little luck, you can make your dreams a reality like Pepe did.”

Like Disney, Badia Spices recognizes the importance of enhancing communities. That’s why Badia ensures that all of their employees’ children are able to receive a scholarship to attend college, and the company also donates 5% of sales of certain products to support the National Breast Cancer Foundation, in addition to other philanthropic efforts.

During Hispanic Heritage Month and beyond, we’re proud to celebrate the cultures that bring us together and make up our diverse communities. We look forward to highlighting our diverse suppliers and sharing more of the amazing work they do. Be sure to keep following along for the month-long celebration of Hispanic Heritage Month as we continue to share digital activations, #DisneyMagicMoments and more. Follow along on social media using the hashtags #HispanicHeritageMonth and #DisneyFamilia!