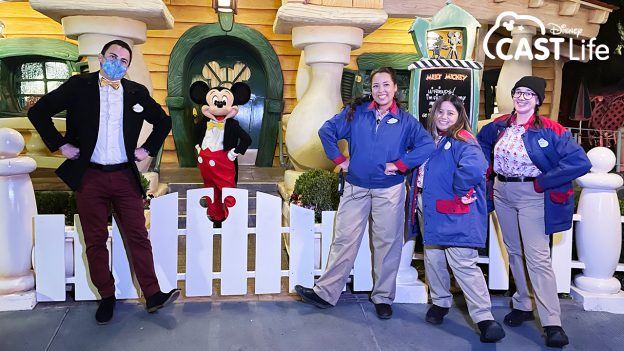 Since Mickey’s Toontown opened at Disneyland park in 1993, families have enjoyed visiting the zany cartoon home of Mickey, Minnie, Donald, and other classic Disney characters to push buttons, twist knobs and play interactive pretend. Just in time for its 30th anniversary, Mickey’s Toontown is being reimagined to include new play experiences for families with young children, grassy spaces for family play and parental relaxation, and a new attraction: Mickey & Minnie’s Runaway Railway.

Disneyland Resort cast said a temporary farewell to the land, closed until early 2023, on its last day of operation. The cast-exclusive event included a ride on Roger Rabbit’s Car Toon Spin and Gadget’s Go Coaster, photo ops with iconic Toontown landmarks and citizens, including Mickey Mouse and Minnie Mouse, and even an unplanned dance party, led by cast members in the middle of the square.

The week leading up to Toontown’s last day (for now), cast members across Disneyland Resort submitted their “Toontown Throwback” photos and memories, reminiscing on meaningful times with family and friends and looking forward to the new memories to come. Check out the photo gallery below!