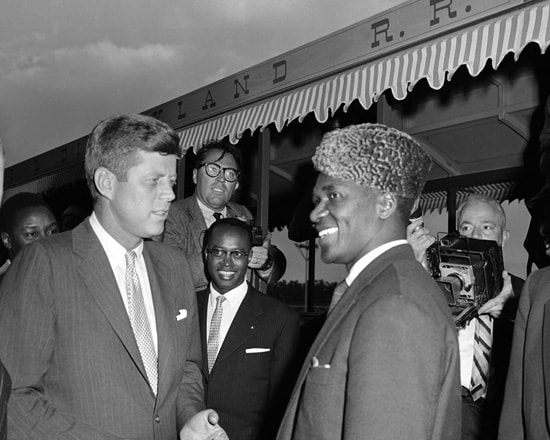 Forty six years ago this week, America lost its 35th president, John F. Kennedy. Kennedy is known to have visited Disneyland park only once, as Senator, in October 1959. He is shown here during that visit at the Main Street Station of the Disneyland Railroad with the President of Guinea, Ahmed Sékou Touré.

Searching through our archives, we also found this photo showing that Disneyland park closed its gates on November 23, 1963, in honor of the president. 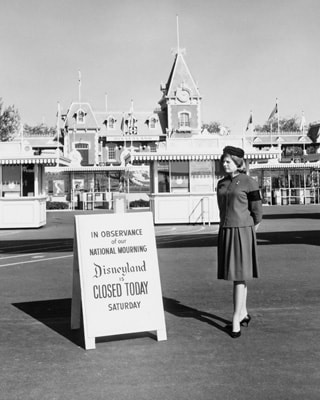