Now and Then: Photos Taken Outside Walt’s Apartment In this photo taken October 2, 2009, Disneyland Resort cast members from across the property pose in front of Walt’s apartment, where the light in the window is always shining in honor of our founder. The photo was presented as a congratulatory gift from the Disneyland Cast to the Executive Director of the Walt Disney Family Museum to celebrate the recent opening of the museum. 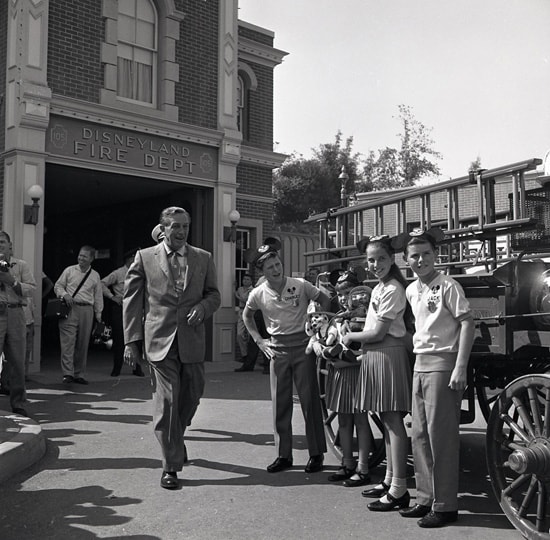 Taking a look back to December 1956, the second photo shows Walt just outside his apartment during a media event at the park.

Do you like seeing these historical photos on the Blog? Do you want to hear more about Walt’s apartment? Let us know in the comments.

Likes (6)
Share Now and Then: Photos Taken Outside Walt’s Apartment