It’s not your average day at Disneyland Park when Stevie Wonder performs “That’s What Christmas Means to Me “in front of Sleeping Beauty’s Winter Castle. Here’s a photo of Minnie Mouse, Stevie and his daughter Aisha Morris during a break from taping. 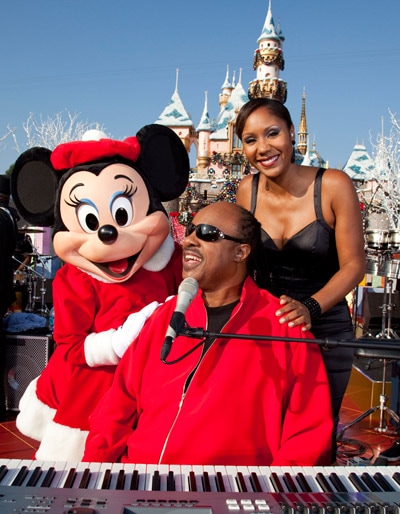 Stevie Wonder and Anika Noni Rose were both performing at Disneyland park today for the Disney Parks Christmas Day Parade.

Anika was seen performing a musical production number inspired by “Tiana’s Showboat Jubilee” for the annual holiday special that appears on ABC. While singing and dancing in New Orleans Square, Anika encountered “Dancing with the Stars” celebs, Cheryl Burke and Tony Dovolani. 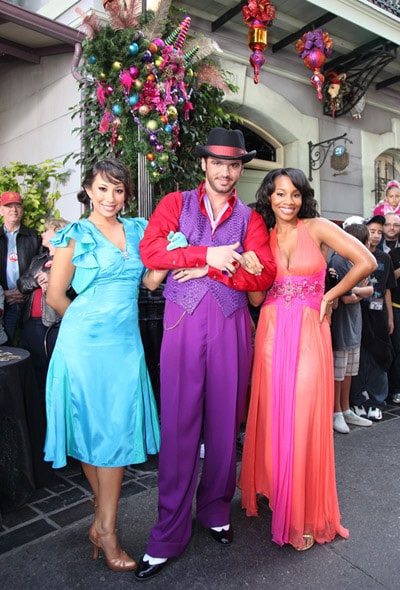 Be sure to tune in to ABC on Christmas morning to see these fun performances.