The U.S. Army Field Band and Soldiers’ Chorus to Perform at Disneyland Resort May 15

On May 15, the Disneyland Resort is honored to host “The Musical Ambassadors of the Army,” The U.S. Army Field Band & Soldiers’ Chorus from Washington D.C. The group will perform at 11 a.m. on the Palisades Stage in Disney California Adventure park. Later that day, the Soldiers’ Chorus will perform at 4:30 p.m. in our traditional flag retreat ceremony held at Disneyland park in Town Square. The U.S. Army Field Band has been performing for more than six decades, appearing in all 50 states and more than 30 countries. Performance highlights include the re-dedication of the Statue of Liberty and presidential inaugural parades. The 29-member mixed choral ensemble Soldiers’ Chorus is the vocal component of The U.S. Army Field Band and performs both with the Band and separately. 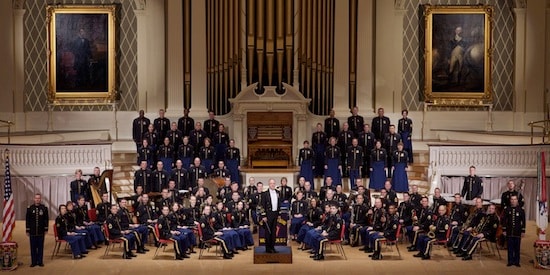 We are proud to host this internationally acclaimed musical group and invite you to join us on Sunday, May 15.

Likes (0)
Share The U.S. Army Field Band and Soldiers’ Chorus to Perform at Disneyland Resort May 15