Peek Inside the Life of a Walt Disney Imagineer: California’s Kevin Rafferty

Wouldn’t it be fun to take a peek inside the life of a Disney Imagineer? California’s tourism commission thinks so and it suspects a lot of you do, too.

This week, the tourism group is featuring the “Blue Sky” creative role of Kevin Rafferty, Walt Disney Imagineering Senior Concept Writer/Director. Kevin, who has worked on many attractions at the Disneyland Resort, is one of eight Californians highlighted in the California Travel & Tourism Commission’s current campaign – Live Like a Californian.

The campaign promotes tourism to California with some creative travel packages, each inspired by a California innovator or icon. Since Kevin’s work reflects the innovative spirit of California, this week you can take a quiz about his role as a DIsney Imagineer. 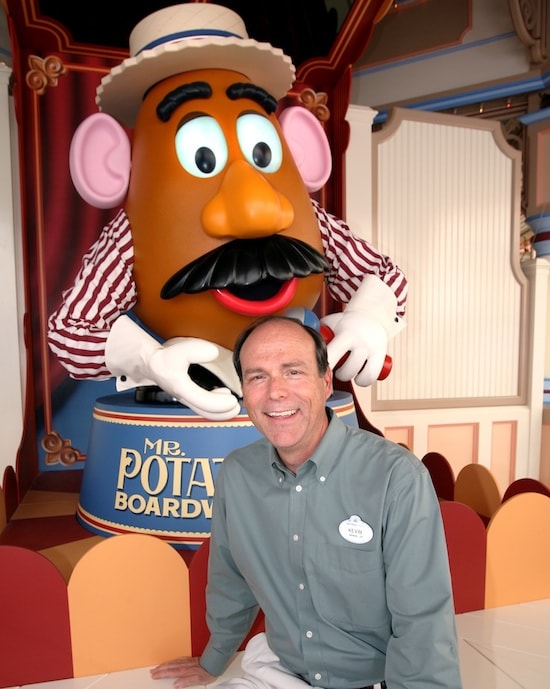 Did you know Kevin worked on the attractions Toy Story Mania! and Finding Nemo Submarine Voyage? His latest project is Cars Land – opening in 2012 at Disney California Adventure park.