One of the more unique aspects to my role with Disney is that I get to photograph all sorts of merchandise. Since last October, I’ve had the opportunity to photograph my friend Duffy the Disney Bear at several places around Disney Parks. I recently caught Duffy sporting several new outfits just in time for some summer fun.

First up, Duffy is looking very patriotic in his red, white and blue outfit. The image at top features a pre-dressed, 12-inch Duffy the Disney Bear which was recently released to celebrate Independence Day in the United States of America. I spoke with Monty Maldovan, the Disney Design Group Artist responsible for this design.

“The Americana outfit was originally planned to be Duffy’s World Showcase costume for The American Adventure,” explained Monty. “After some consideration, we changed that outfit to be his baseball one and moved the Americana outfit for the 12-inch, holiday-themed bear.” 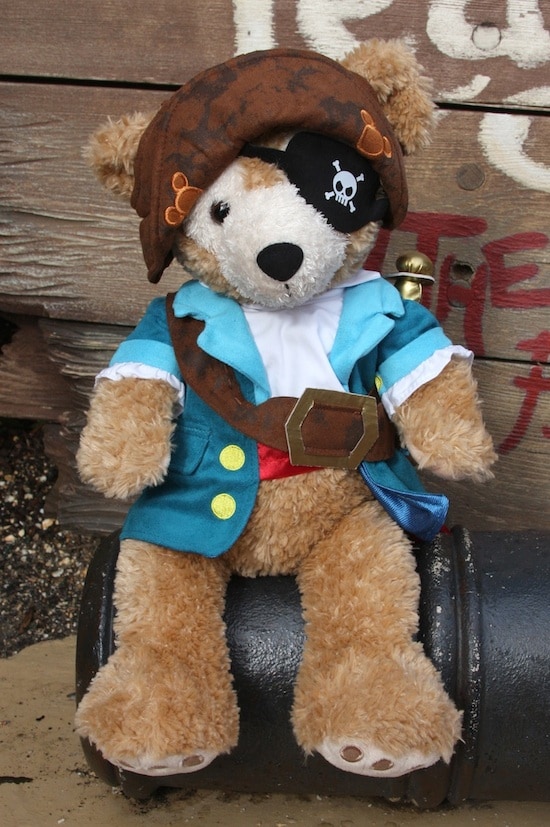 You may have caught a glimpse of Duffy wearing his new pirate outfit if you saw my recent video on the Disney Parks Blog. Duffy joined me that morning at The Pirates League when I was transformed into Jacob Squidcheese. I figured a cameo by Pirate Duffy was a perfect thing for that video since his costume was inspired by Captain Jack Sparrow. 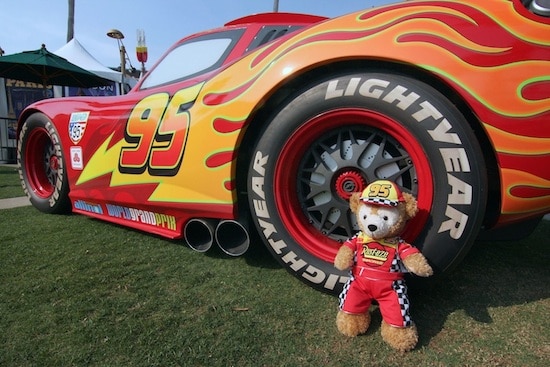 Duffy also joined me when I paid a visit to the Downtown Disney Car Masters Weekend in mid-May. Duffy wore his “Cars” outfit while I photographed him standing next to four-time Piston Cup Champion Lightning McQueen from the upcoming “Cars 2” motion picture. He even met “Cars” Franchise Guardian Jay Ward at the event. Can we say “awesome?”

Both the pirate and “Cars” outfits are arriving in locations as I type. Speaking of which, I’m often asked on the official Facebook fan page for Duffy where Duffy merchandise is sold. Besides the Tokyo Disney Resort and Hong Kong Disney Resort, Guests can find Duffy merchandise at Disney Parks in the United States. In California, you should visit Treasures in Paradise at Disney California Adventure park which is considered “Duffy Central.” We also recently expanded the number of locations in California, so now you can find items in locations at the Downtown Disney District, the three Resort Hotels and Disneyland park.

In Florida, “Duffy Central” is located at Disney Traders near the entrance to World Showcase in Epcot. Duffy merchandise is also carried at each of the four theme parks, select resorts and the Downtown Disney area in Florida. 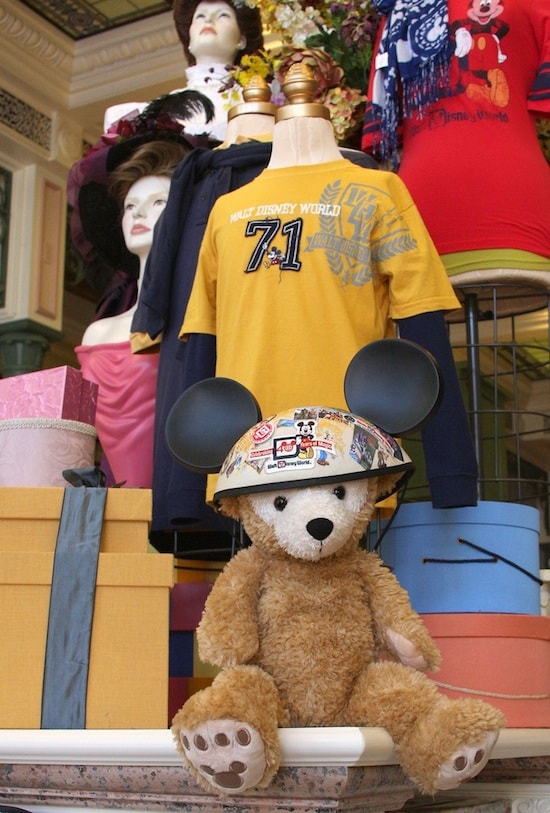 With so many fun outfits, what are you dressing your Duffy in for summer? Post a photo or two on his Facebook fan page – I’d love to see them! I chose a simple Walt Disney World 40th Anniversary Ear Hat from the Emporium on Main Street, U.S.A.