Wildlife Wednesdays: Which Giraffe Is Which at Disney’s Animal Kingdom? 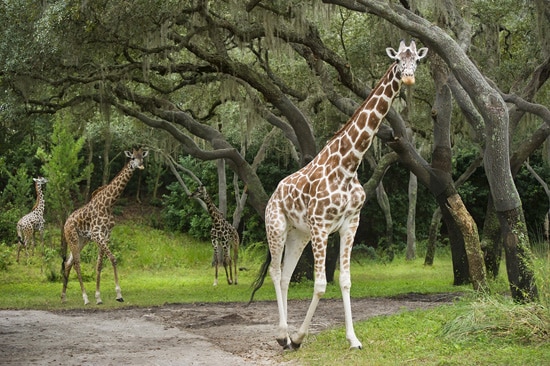 Guests who look closely when they’re on the Kilimanjaro Safaris at Disney’s Animal Kingdom will notice that there now are two subspecies of giraffe—reticulated and Masai–roaming the savanna. Can you tell which one is which in this photo by Gene Duncan? The answer is at the bottom of the post.

A couple of hints:

Here’s some more information about reticulated and Masai giraffe:

The Disney Worldwide Conservation Fund is funding–among its 2011 projects–a project that supports the reintroduction in Kenya of yet another subspecies of giraffe, the endangered Rothschild giraffe.

Answer: The reticulated giraffe is in the forefront of the photo. The others are Masai.

Likes (0)
Share Wildlife Wednesdays: Which Giraffe Is Which at Disney’s Animal Kingdom?