Ladies and gentlemen, moms and dads, boys and girls, and Hatters of all ages! T-Time is coming soon to Disney California Adventure park! The party is almost ready – the decorations are going up and, the invitations have been sent and, of course, we are preparing the most wondiferous music your ears have ever heard! It’s almost time to let the Futterwacken begin!

But first, let me share with you a little about the music …

Our Mad T Party band will rock out each night, their playlist overfizzing with a multitude of party favorites, both old and new. In fact, the Mad Hatter has put together a list of songs – from Bruno Mars to the Beatles … from Maroon 5 to Prince … and from Gwen Stefani to Lady Gaga! These are songs that invite you to “Just Dance“… “Raise Your Glass”…“Go Crazy”…and show off your “Moves Like Jagger!”

You won’t want to miss the fantabulous Mad T Party band as they invite everyone to join in for the most fuminous T-Time ever!!

But that’s not all! Whenever the band is offstage, some of the most popular DJs around will kick up the party with their own special brand of musical magic! 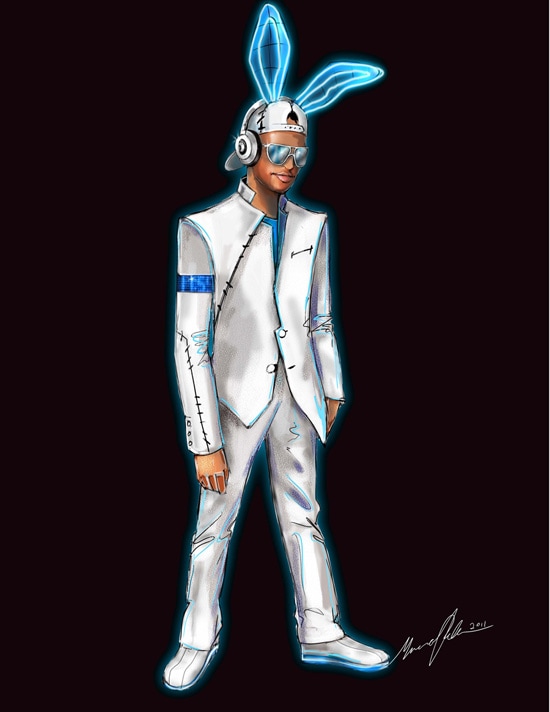 Throughout the summer, taking on the role of the “White Rabbit DJ” will be Jason Jass, Michael Paul, Adam Auburn, Mi$$y B, David Bullock and Wendy Walker!!

These talented DJs will serve up the maddest mixes of muchness … the most popular tunes … the latest dance hits … and the best beamish beats that will make you bonkers … but, I’ll tell you a secret: all the best people are!

Well, the clock is ticking; we have much more to do in order to prepare a party as grand as this one! We have to secure the Rabbit Hole, stack the House of Cards, and find the Hatter’s hat! So much has been done, and there’s so still much to do. Mad T Party is coming, and we hope to see YOU! Oh, and don’t forget, HATS are always welcome when you show up for T!