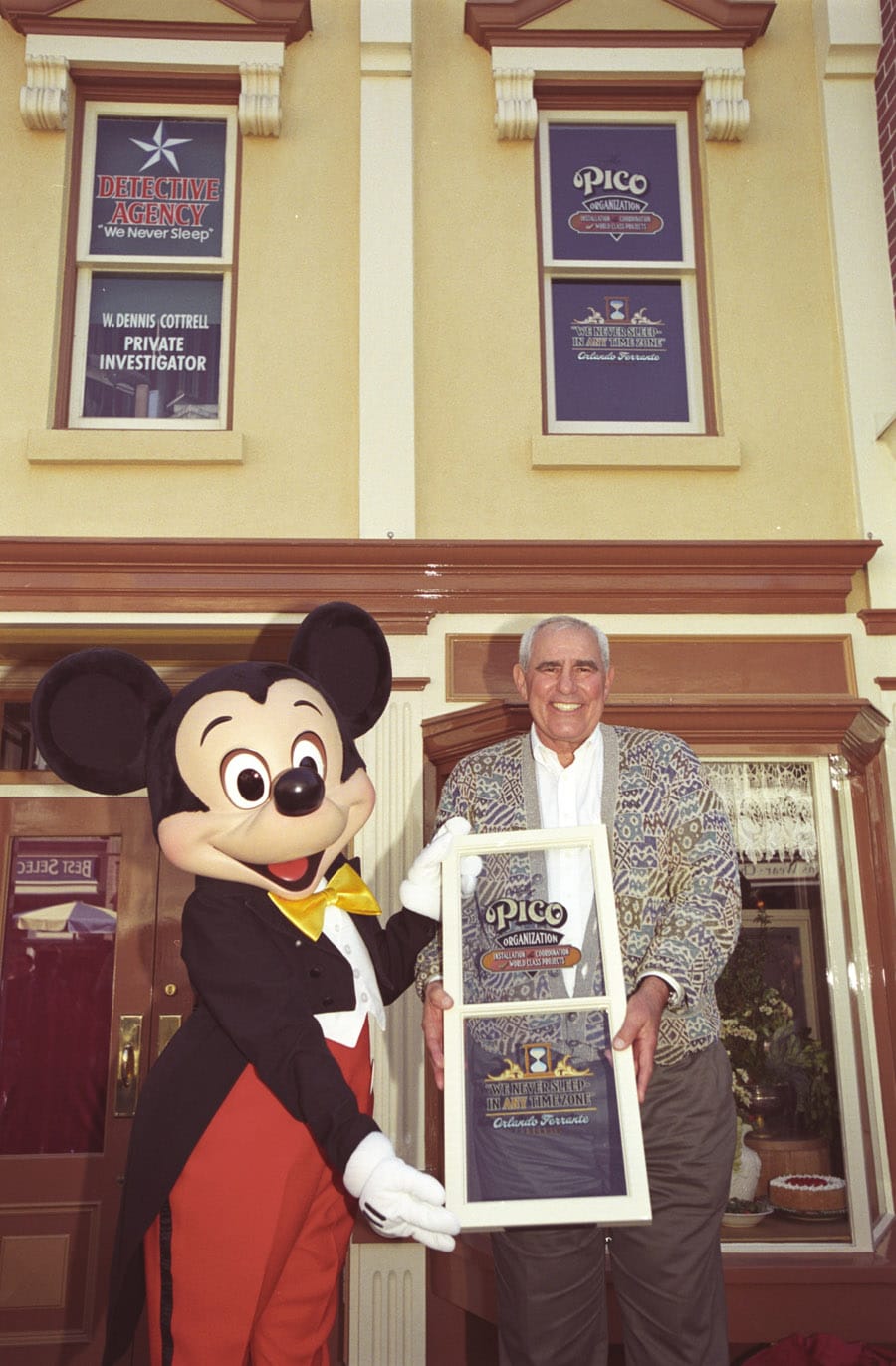 Orlando Ferrante’s 40-year career with Walt Disney Imagineering (WDI) spanned three continents, the 1964-65 New York World’s Fair, every Disney theme park, and the Disney Cruise Line. He has been called an “Imagineering legend” for his keen administrative and planning skills, his “can-do” attitude, and his humble and fun-loving heart.

Born on September 24, 1932, in Los Angeles, Calif., Orlando won a full football scholarship to attend the University of Southern California (USC), where he received his bachelor’s degree in business administration. After serving two years in the United States Navy, he played professional football as an offensive guard for the Los Angeles and San Diego Chargers in 1960-61.

Having played football at USC with Dick Nunis, former chair of Walt Disney Attractions, and Ron Miller, former Disney company president, Orlando chose to join Walt Disney Imagineering (formerly known as WED Enterprises) in 1962. Marty Sklar, former vice chairman and principal creative executive at WDI once said, “I think his years playing football gave Orlando a strong sense of teamwork. He didn’t mind getting dirty to get the job done. And as result, he was well loved and remains well loved by those who worked with him.”

Orlando began his Disney career as an expeditor. His first project was to oversee the installation of the first Audio-Animatronics attraction at Disneyland, Walt Disney’s Enchanted Tiki Room, which celebrates its 50th anniversary on June 23.

In 1966, Orlando helped coordinate the relocation and installation of attractions from the New York World’s Fair (including “it’s a small world,” Carousel of Progress and Great Moments with Mr. Lincoln) to Disneyland park. That same year, he established a new department called Project Installation Coordinating Office (PICO), which became the model for how Imagineers installed shows and coordinated their project work from a show standpoint.

In 1990, he moved to France where he served as vice president of show and ride engineering, production and installation at Disneyland Paris. Before retiring, Orlando moved to Venice, Italy, to help launch the second Disney Cruise Line ship, the Disney Wonder. He also headed show and ride engineering, design and production of Tokyo DisneySea, which opened in 2001. After his retirement in 2002, Orlando served a consultant on the Hong Kong Disneyland project. 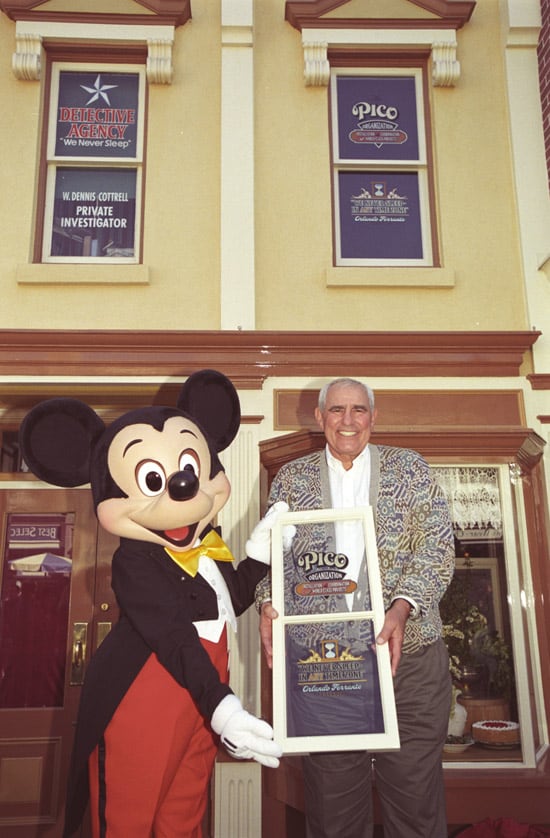 Orlando was honored with a window on Main Street, U.S.A., on March 18, 2003. His window is located above the Market House on Center Street and reads: The PICO Organization, Installation & Coordination of World Class Projects, “We Never Sleep – In Any Time Zone,” Orlando Ferrante, Founder.

At the window dedication ceremony, Jim Thomas, former Senior Vice President of Project Management at WDI, stated, “I think most people know that Imagineers pride themselves on being dreamers and doers and if ever there was anyone who epitomized the doer in Walt Disney Imagineering it’s Orlando Ferrante. He got things done because of his incredible and undying belief in the people around him.”

Orlando was also named a Disney Legend in 2003.