Then and Now: Celebrating 58 Years at the Disneyland Resort, Part 1

The Disneyland Resort marks 58 years of history, change and growth on its anniversary next week, July 17. Through the years, one aspect of the Disneyland Resort that remains unchanged is the importance of our cast members to preserving Walt Disney’s vision.

To celebrate the anniversary on the Disney Parks Blog, this is the first of a three-part series blending historical images of our cast with photos of those who carry on Walt’s legacy today. 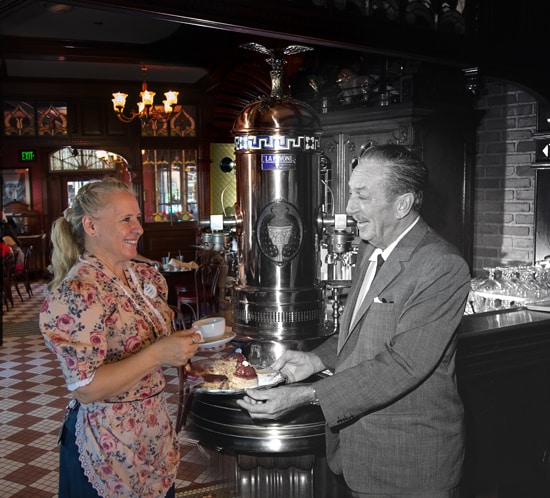 Then: Walt Disney poses for a photo with cast members at the Creole Café, now Café Orleans, in 1966.

Now: Café Orleans Lead Tammy Peterson poses in the same spot. She recalls, “As a kid, we would have to do chores to earn money to get to Disneyland. Now, I get to bring my grandkids.”

Likes (0)
Share Then and Now: Celebrating 58 Years at the Disneyland Resort, Part 1