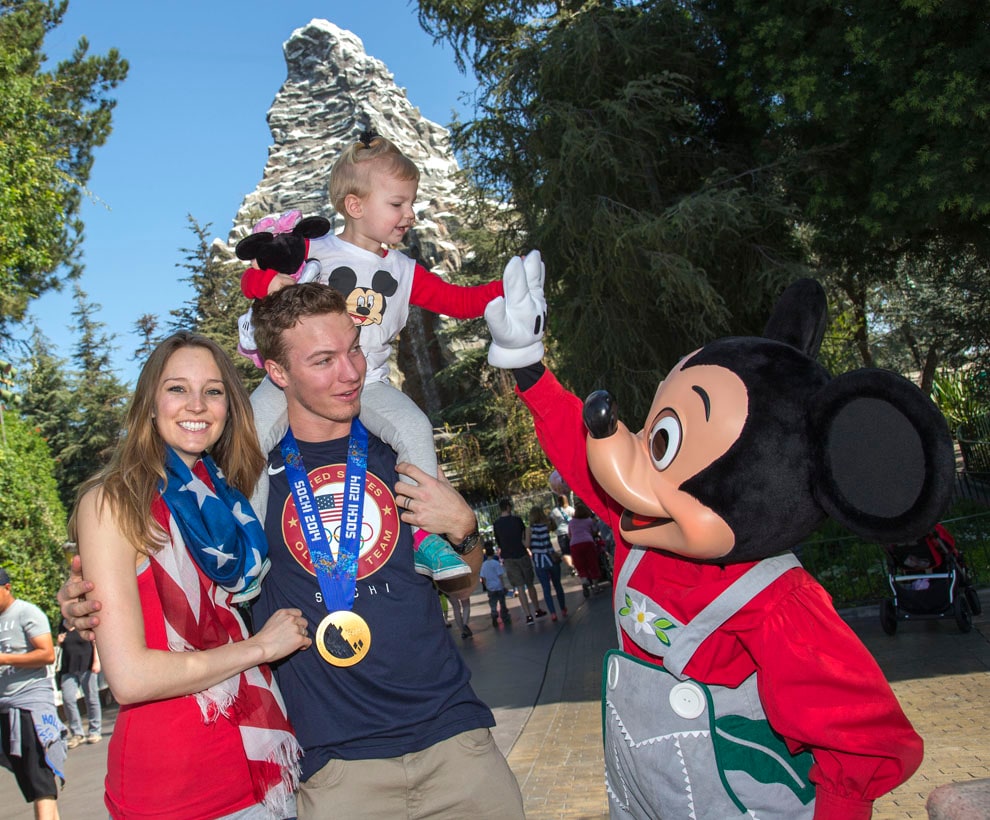 “David Wise, you’ve just won the first-ever gold medal in ski halfpipe, what are you going to do next?” Well, you know the rest, right? 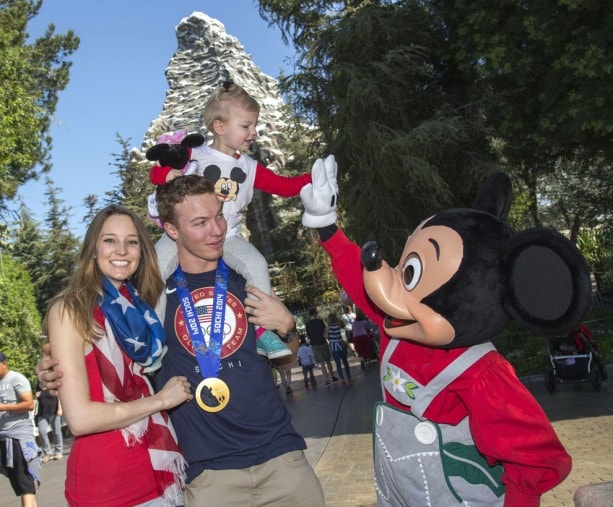 On Tuesday, we caught up with the Wise family on Matterhorn Way, where Mickey Mouse stopped by to say hello.

Just one week earlier, David made headlines around the world when he took home the first gold medal for halfpipe skiing. David’s wife, Lexi, made the trip to Sochi, but they were only reunited with their two year-old, Nayeli, the day before their Disneyland trip. How much more could there be to celebrate? Well, it also happened to be David and Lexi’s wedding anniversary!

This was Nayeli’s first visit to the Disneyland Resort, and David said he hadn’t been here since he was her age, so it felt like the first time for him too. Their first Disneyland park attraction as a family? Dumbo the Flying Elephant (Nayeli’s favorite). Later, the family wrapped up their daylong celebration with “World of Color” at Disney California Adventure park. 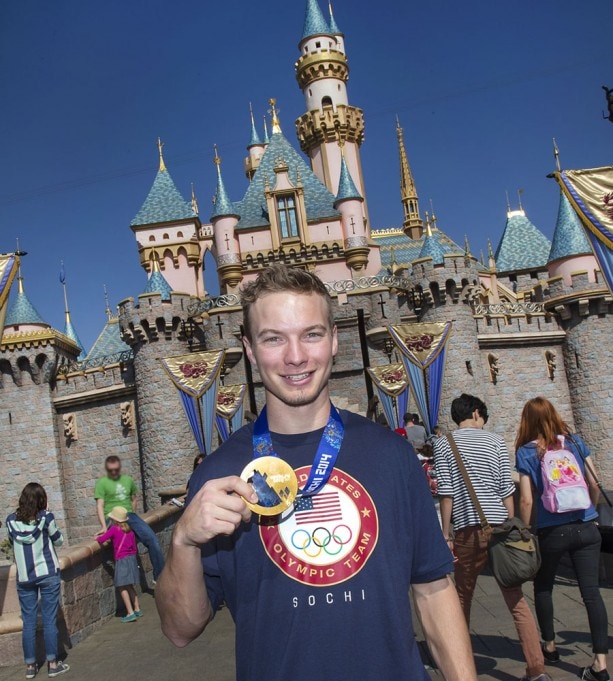 If I had to sum up the reaction of Disneyland Resort guests as they encountered us taking this picture of David at Sleeping Beauty Castle, I would say, as so many of them did, “Congratulations, David – way to go!”