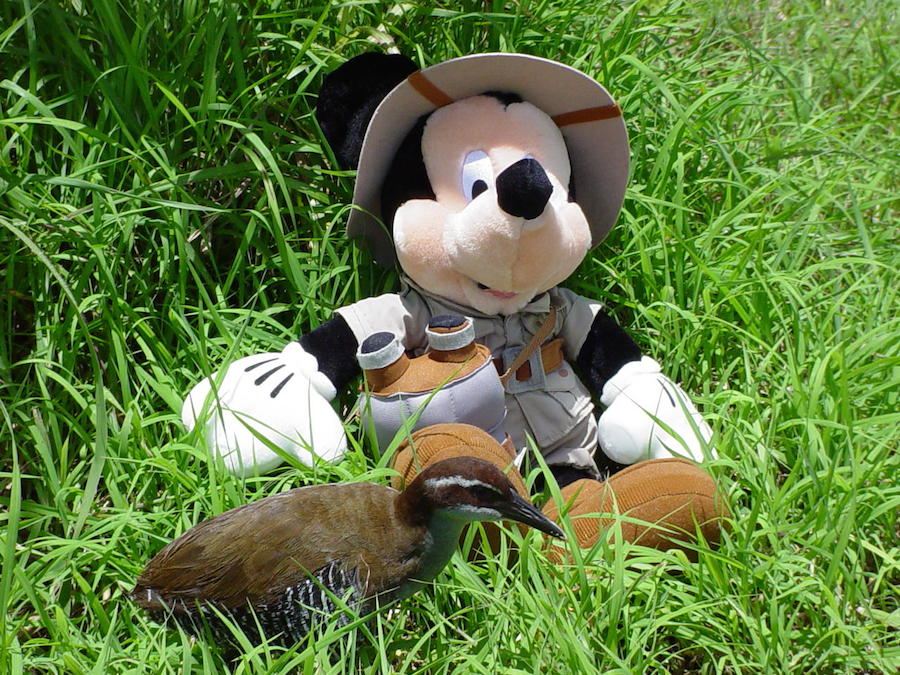 For over fifteen years, I, along with other members of Disney’s Animal Care team have been lending a helping hand on the beautiful pacific islands of the Marianas to save multiple species including the Guam rail. Native to this small island in the South Pacific, the Guam rail is a flightless, cocoa-colored bird with a striped underbelly that is extinct in the wild due to the accidental introduction of the brown tree snake onto the island. Since the Guam rail makes its nest on the ground, the snake can easily get to the birds’ eggs and chicks, causing the decline of the population in the wild.

Thanks to efforts of institutions across the country that are accredited by the Association of Zoos & Aquariums (AZA), conservation work to increase Guam rail populations so that they can be released into the wild has been very successful. For years, Disney’s Animal Care team has sent veterinarians and animal care specialists to Guam to assist with the health care of this endangered species. We perform medical evaluations on the birds currently in Guam to make sure they are healthy prior to their introduction into the wild. We have had the honor of participating in the release of these birds on the neighboring island of Rota, where the brown tree snake has no presence. If any birds require serious medical care, they are flown to Disney’s Animal Kingdom for evaluation and surgery if needed. At Disney’s Animal Kingdom, we provide health evaluations to birds that are hatched at any AZA institution before these birds are flow to Guam for their participation in the re-introduction program, as part of a breeding population at a snake protected facility or as a part of the release populations on Rota. Disney’s Animal Care team typically spends two to three months with each bird while completing extensive health evaluations to make sure the birds are not only fit to travel back to Guam, but are ready to be released into the wild.

Our efforts don’t stop there! The Disney team also provides continuous education and training to the island biologists regarding medical care of the birds and we donate veterinary supplies every visit. In hopes of extending the conservation of this species into the next generation, we also share information with local community children to help them learn about these unique birds and better understand why Disney cares about protecting them.

Thanks to the efforts of many in Guam, U.S. zoos and our teams here at Disney’s Animal Kingdom, Guam rails have been brought back from the brink of extinction!

While we hope Guam rails are most often found on their native island home, guests have the chance to learn about this and other rehabilitation successes of Disney’s Animal Care teams in Backstage Tales, the newest premium experience at Disney’s Animal Kingdom! Call 407-WDW-TOUR for additional details.