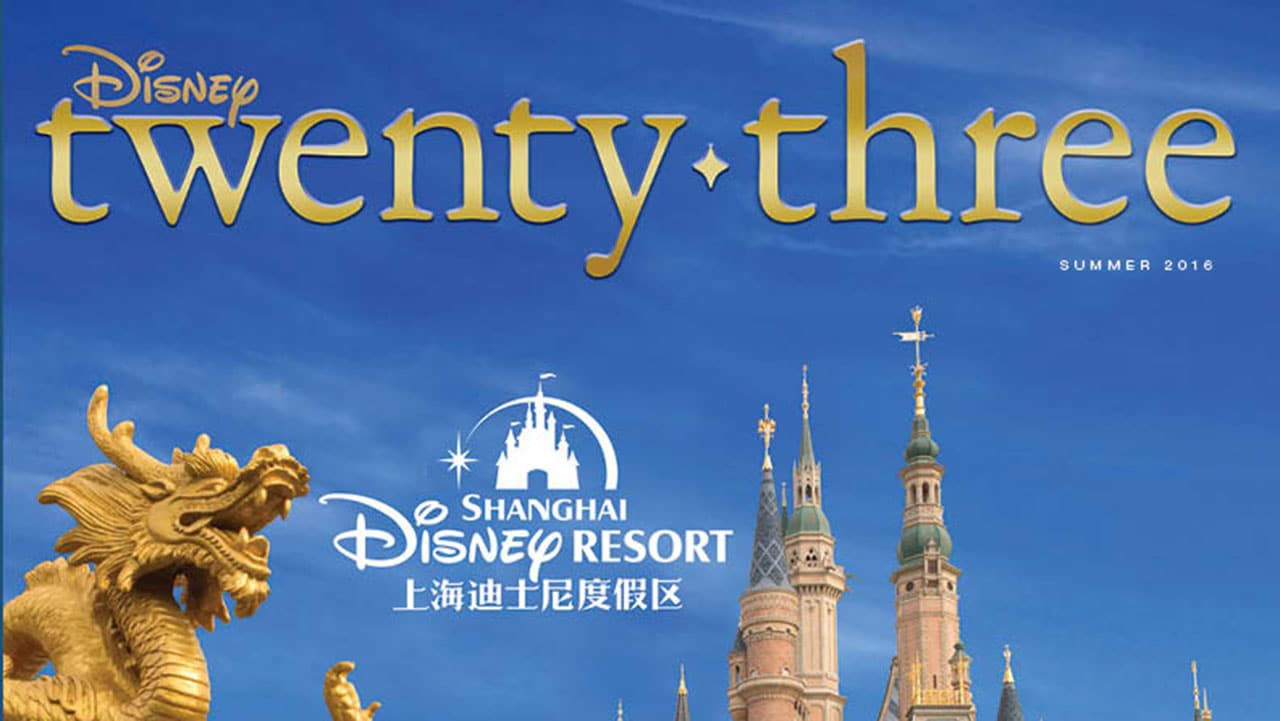 The countdown is on, and D23, Disney’s official fan club, is giving guests an exclusive look inside Shanghai Disney Resort in the new issue of Disney twenty-three with unbelievable photography and in-depth features we know fans will love.

From the opening pages, which include a welcome from Disney Chairman and CEO Bob Iger, readers will be immersed in the majesty of this exquisite new resort which is “Authentically Disney, Distinctly Chinese.” Explore the creation of this one-of-a-kind destination with the executives, Imagineers, and local artisans who saw the project from dream to reality. “A Whole New World” looks at the attractions and entertainment only found at Shanghai Disneyland, including Voyage of the Crystal Grotto which travels around, through, and under the park’s Enchanted Storybook Castle (the largest Disney castle in the world!) and Tomorrowland’s high-speed TRON Lightcycle Power Run, to Roaring Rapids, where guests will come face-to-face with the ferocious Q’araq, and well as Pirates of the Caribbean: Battle for the Sunken Treasure featuring some of the most advanced Audio-Animatronic figures of any Disney Parks attraction. With nearly a dozen stories covering everything from the dazzling hotels and stunning landscapes to the unique food and merchandise, there’s something every Disney Parks fan will love.