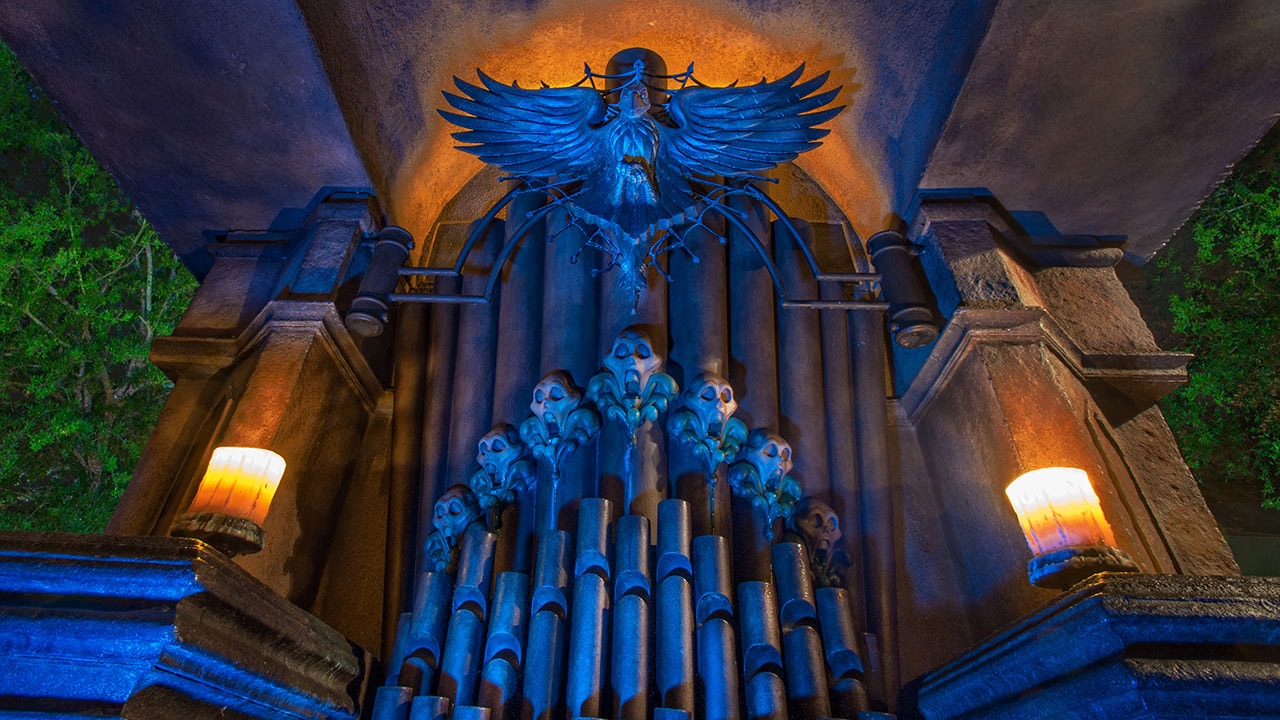 A Fabulous 45th: The Haunted Mansion

When Magic Kingdom Park opened at the Walt Disney World Resort on October 1, 1971, one of my favorite attractions – The Haunted Mansion – also opened its doors.

Located in the Liberty Square area of the park, guests could embark on a spooky tour through the final resting place of “999 Happy Haunts.” Guided by a Ghost Host, guests head through a spooky library with marble busts with watching eyes, visit a music room with a mysteriously invisible piano player, are guided through Madame Leota’s seance room, enter the ballroom for a “swinging wake” and more.

The attraction astounded guests on opening day – much as it continues to do today. Only a few additions have been made over the years: the mansion’s graveyard expanded in 2011, adding a mass of spooky new tombstones and crypts that guests can interact with on their way into the attraction. (Mansion fans won’t want to miss our behind-the-scenes video above, which shows how some of these markers are actually nods to the attraction’s former residents).

See the posts below for more on The Haunted Mansion: