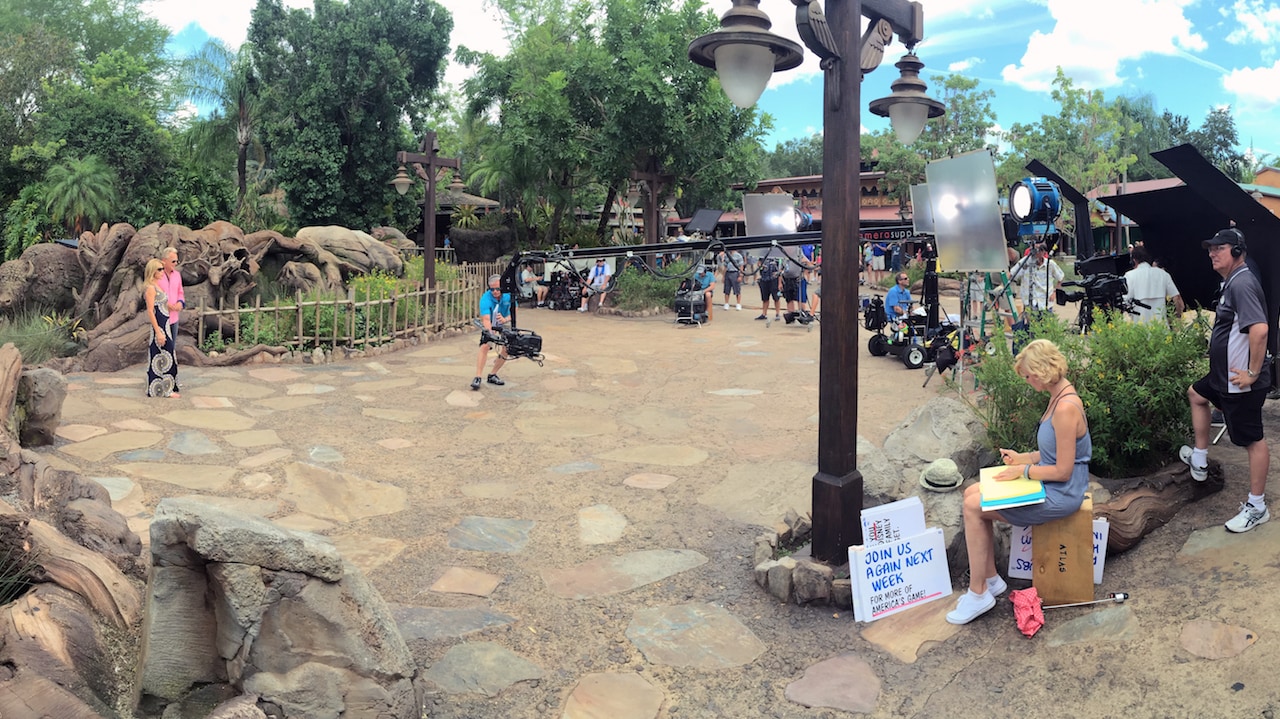 There are many partners that we work with at Disney – but it’s no secret that “Wheel of Fortune” is one of our favorites. So, we’re very excited to announce “Disney Grand Adventures Week” on “Wheel,” beginning tomorrow night!

The shows feature fantastic prize trips to both Walt Disney World Resort and the Disneyland Resort – a pretty good reminder that it’s time for you to be thinking about planning your next magical vacation, right? Plus, you’ll see Grandparents who are all big Disney fans, clever puzzles, and many more surprises. And… there’s even a chance for you and your gang to win a magical Grand Adventure at Walt Disney World Resort, just for tuning in! (Details on that are here.)

We were thrilled to host Pat, Vanna and the whole “Wheel” Crew here at Walt Disney World Resort this summer, when we filmed all new content for this year’s shows.

And, because I know you love it when we can “lift the curtain” and give you a behind-the-scenes look at Production … here we go!

These spectacular photographs were taken during the shoot in July by “Wheel of Fortune” Photographer Carol Kaelson. They’ll give you a true “insider’s look” at just how many people it takes to make “television magic.” (And, yes, that’s yours truly sharing some of my favorite Disney Trivia with Pat and Vanna. But be sure you look closely. You just might see a favorite character from Disney’s Animal Kingdom lurking amongst the trees.) 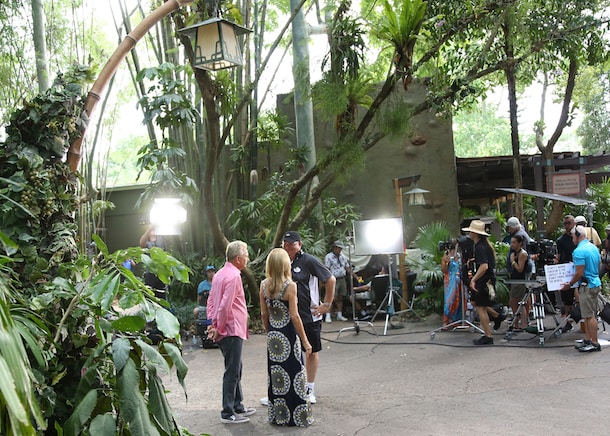 Of course, after a fantastic time here in Florida, it was time to pack it up and head to California to tape the shows. And, yes … Mickey, Minnie, Donald and Goofy were with us, as well. Here’s one more sneak peek, as the Gang shot a fun scene that will open tomorrow night’s episode. 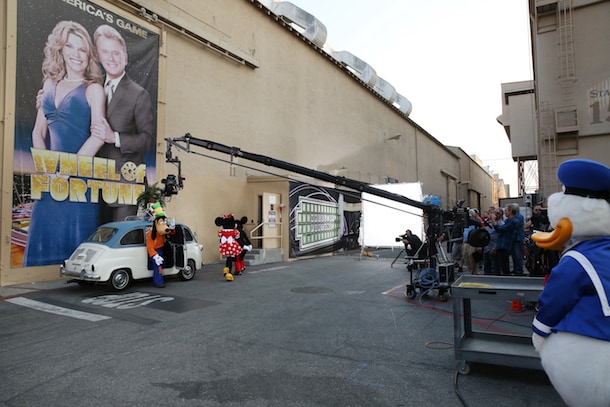 Disney Grand Adventure Week on “Wheel of Fortune” begins tomorrow, September 26, and continues through September 30. As the old saying goes … check your local listings for time and channel. Buy a vowel!

(One last thing. I would never dream of giving anything away. But, just between us, don’t be surprised to see even more Disney fun ahead this season on “Wheel.” No one will know I told you, right?)