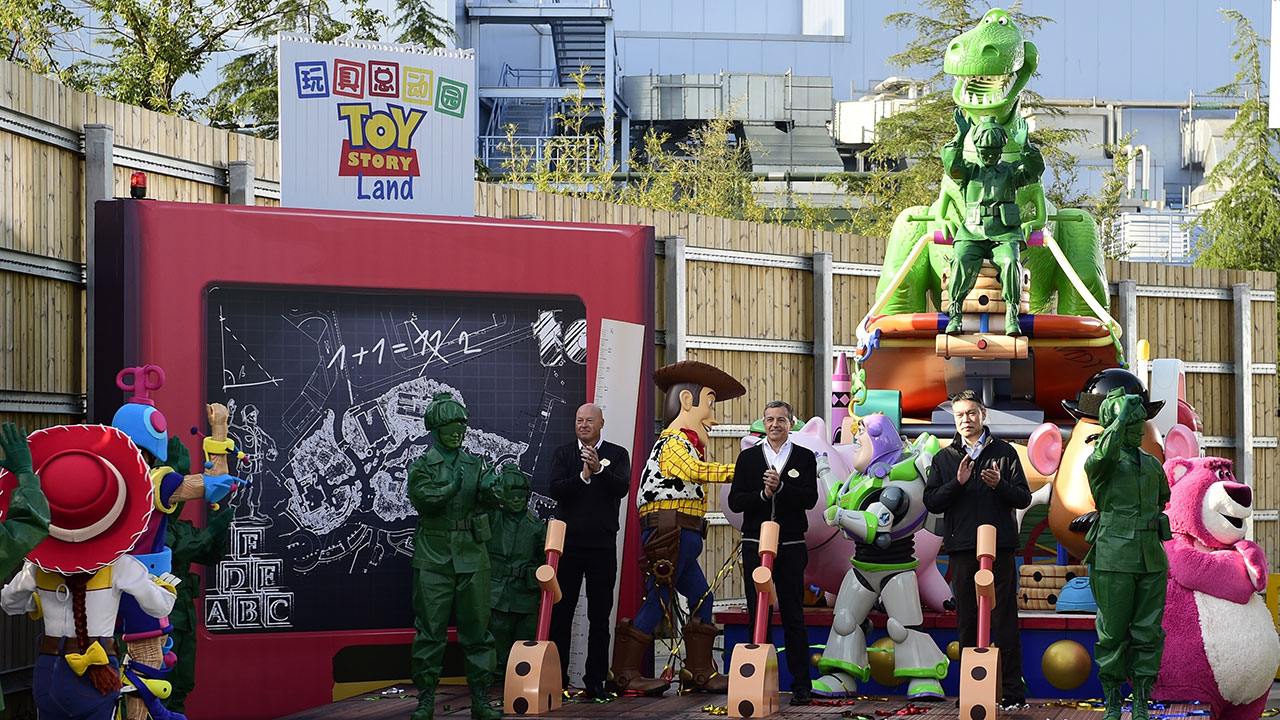 We’re excited to share that Toy Story Land is coming to Shanghai Disneyland! Bob Iger, chairman and chief executive officer of The Walt Disney Company, along with Bob Chapek, chairman of Walt Disney Parks and Resorts, and Fan Xiping, chairman of Shanghai Shendi Group, recently celebrated breaking ground on this new expansion, which will open in 2018.

We started the expansion even before opening Shanghai Disneyland in anticipation of its immense popularity in Mainland China. The characters from Toy Story have been well liked in China ever since the release of the first film in the franchise back in 1995, and Shanghai Disney Resort already has the only resort hotel in the world dedicated to the characters and stories from Toy Story. Our guests can’t get enough of Buzz, Woody and all of their pals, which made Toy Story an obvious choice for Shanghai Disneyland’s first expansion.

As you can tell from the logo, Toy Story Land at Shanghai Disneyland will be both authentically Disney and distinctly Chinese, making it a one-of-a-kind experience for our guests. Everyone’s favorite toys from one of the most popular franchises ever will come to life and play in a fully immersive land with three attractions and a themed character greeting area.

Shanghai Disneyland’s new Toy Story Land will be an experience guests can only have in Mainland China. It will be the perfect setting for all toys – old and new – to gather together for a day that’s more fun than a Barrel of Monkeys!

So… have you planned your trip to our newest Disney resort yet? Let us know in the comments below! And stay tuned for more updates on the Disney Parks Blog.