Downtown Disney District at the Disneyland Resort is Blossoming with New Landscaping, Music and Shops 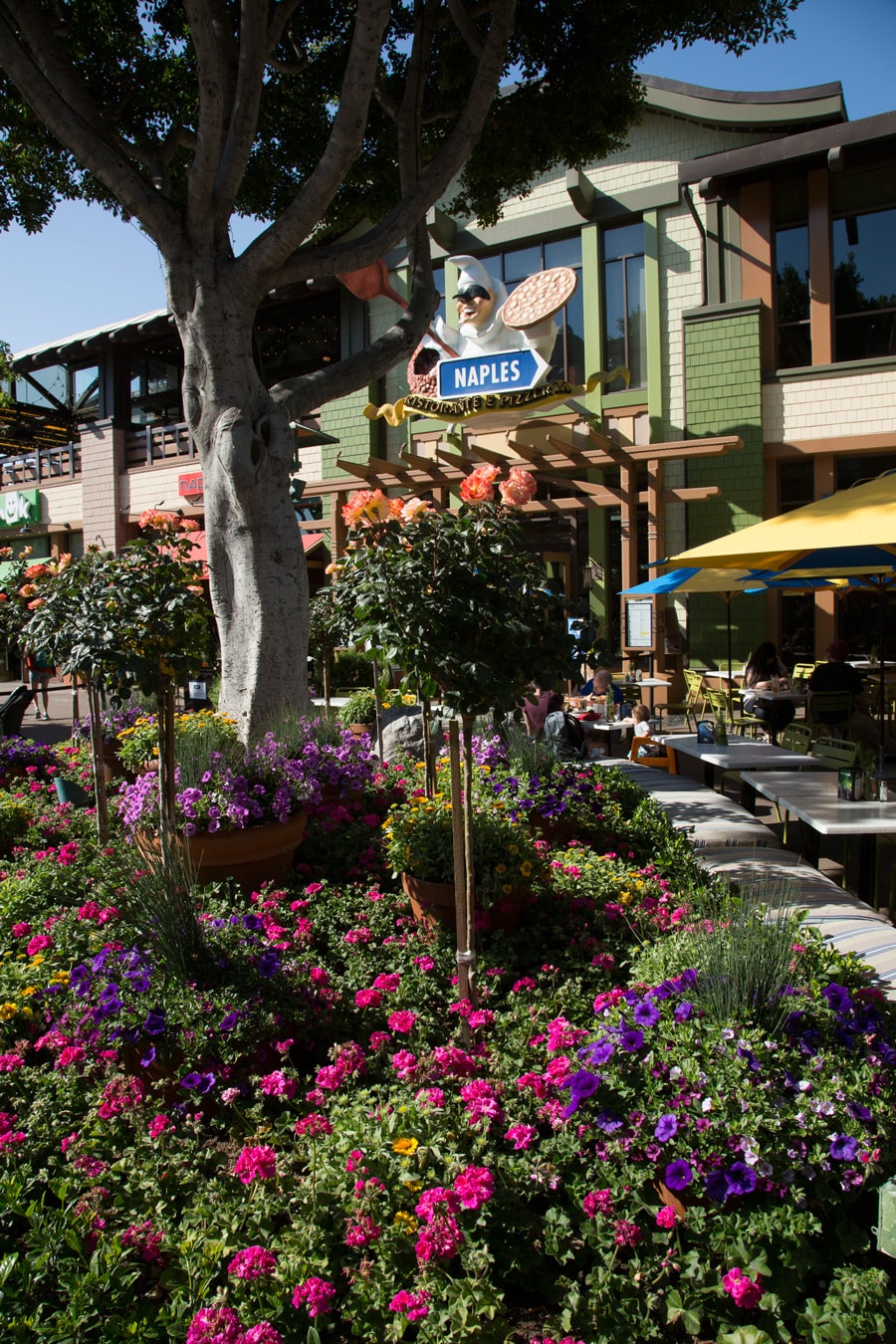 Guests who take a closer look will see area-specific layouts with the height and color of plants varying, for example, from the ground-level flowers in planters near World of Disney and Naples Ristorante e Pizzeria to the higher-profile plantings around The LEGO Store and Tortilla Jo’s. In fact, since both Naples Ristorante e Pizzeria and Tortilla Jo’s have added additional outdoor seating, their respective new seating areas are enhanced with new pots and fresh, colorful plants. More than 8,000 new plants have been added to the Downtown Disney District.

It’s all part of a plan to add new and exciting sights and sounds for guests as they shop and dine in the Downtown Disney District, or simply as they walk through the area en route to the theme parks or Hotels of the Disneyland Resort. Along with the new landscaping – which will be refreshed seasonally – a new atmosphere soundtrack featuring Disney tunes in a variety of styles can now be heard.

In the morning, as guests stroll (or rush) through Downtown Disney District to the theme park entrances, they are welcomed by the classic sounds of Disney from movies and attractions. In the afternoon, the tunes take on a new energy with lively special arrangements of Disney melodies. And around sundown, the Downtown Disney District background music welcomes the night with cooler, jazzy and electronic sounds. All the music is Disney, but much of it is presented in ways you’ve never heard before. (Can you name that tune?)

“This is just the beginning of an exciting transformation,” said Todd Bennett, General Manager of the Downtown Disney District. “The terrific Disney teams from horticulture, entertainment and Walt Disney Imagineering are bringing fun, new sights and sounds that will change and grow throughout the seasons to surprise and delight Downtown Disney guests.”