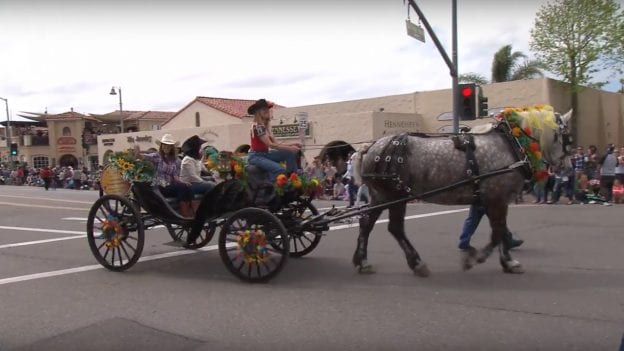 This year marked the 60th anniversary of the parade, which commemorates the day cliff-dwelling swallows return to the city from their winter home in Argentina. San Juan Capistrano is also known for its robust equestrian community, so the Circle D cast members (both two-legged and four-legged) felt right at home.

Disneyland Resort horses, Brother and Chief, were this year’s featured participants, along with Disney Ambassadors Alexa Garcia and Nozomi Fukumoto (all the way from Tokyo Disney Resort). Spring was definitely in the air as the horses were decorated with colorful flowers for their strut through the town.