Disneyland Resort Welcomes ‘Girls Who Code’ to Experience the Magic

Disneyland Resort invited 22 high school students from the Girls Who Code Summer Immersion Program this week for a glimpse at the technology behind the magic at Disney Parks, including the all-new Play Disney Parks app!

After a special demonstration to learn how the app’s games and experiences were created, the group enjoyed the “Playset Party” game together in the queue of Toy Story Mania. The girls also learned more about how machine learning has been used to make magic for guests in our parks around the world.

“I know technology and coding is used in the Disney Parks so I was really excited to find out what aspects it’s used for that I didn’t realize,” said Guadalupe.

“It was interesting seeing how they use coding and different programs to make technology work, like in the Play Disney Parks app,” added Dana. 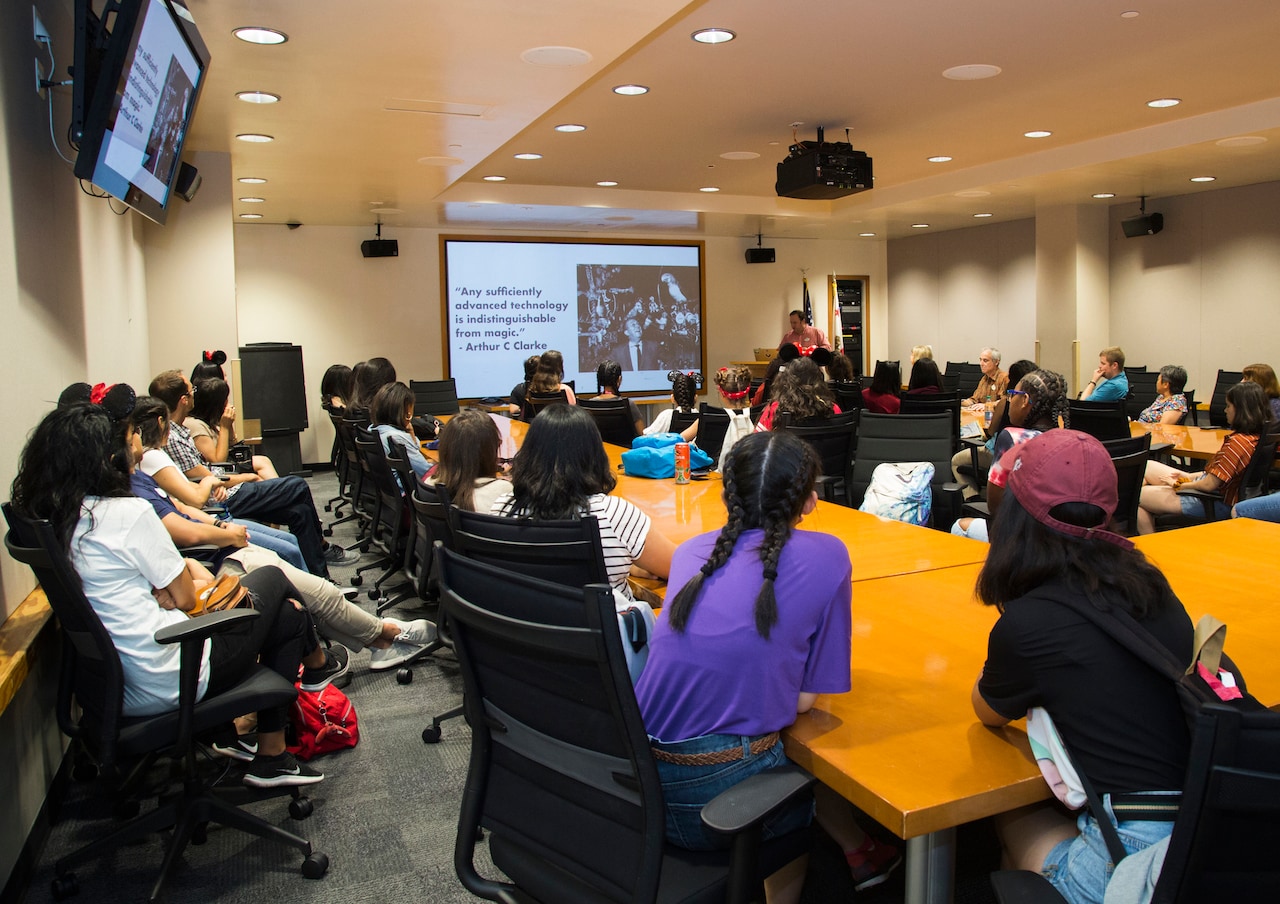 In addition to their trip to Disneyland Resort, the group has taken part in other unique field trips this summer, including visits to Walt Disney Imagineering Research and Development, Inc. and Walt Disney Animation Studios. They also took part in speaker sessions with leaders across Disney, including Marvel Studios’ Executive Vice President of Physical Production Victoria Alonso and Chief Information Officer of The Walt Disney Company and Executive Vice President of Enterprise Technology Susan O’Day.

This marks the third year Disney has hosted the company-wide program to teach students about technology and help close the gender gap in technology fields.