“Although Pixar Fest ends September 3, you can still meet favorite Pixar characters at the newly reimagined Pixar Pier in Disney California Adventure park! From Mr. and Mrs. Incredible and Edna Mode to Woody, Buzz Lightyear, and Mike and Sully, all of your favorite characters are excited to meet you,” exclaimed Linda M. “They can be found in the different neighborhoods of Pixar Pier like Incredibles Park, Toy Story Boardwalk, and Pixar Promenade. Make sure to use the Disneyland app to look up exact times and locations when you are in the park.” 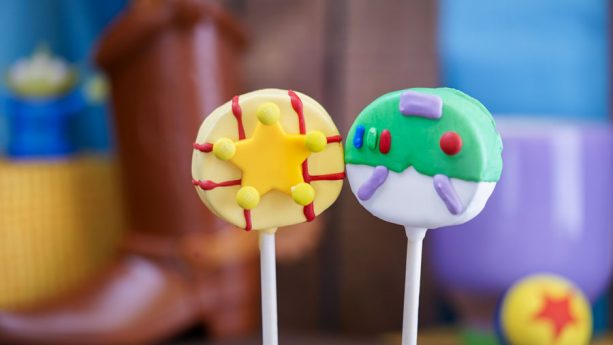 For Jennifer L. it is all about the delectable snacks you must try!

“Guests should make sure to stop by the Disneyland Resort to try the amazing Pixar-themed eats,” she said. “I look forward to enjoying more refreshing treats from Adorable Snowman Frosted Treats on Pixar Pier even after Pixar Fest concludes. The Pixar Pier Frosty Parfait is my favorite with its Lemon Soft-Serve and Blue Raspberry Swirl.”

Courtney B. agrees with Jennifer, but adds that you also must try Angry Dogs, which is an “Inside Out”-themed hot dog stand, as well as Señor Buzz Churros. And let’s not forget the parades, reminds Linda. Did you catch the announcement on Disney Parks Blog that “Paint the Night” parade, as well as “Pixar Play Parade” have been extended past September 3?

“‘Paint the Night’ is simply not to be missed! With the new addition of the Incredibles float, this parade is more magnificent than ever. Book a ‘Paint the Night’ Parade Dining Package to secure your viewing location in advance. The four-course meal at Carthay Circle Restaurant is beyond scrumptious and having a seat right along the parade route is a dream for any parade lover. Or consider the Sonoma Terrace Paint the Night Reception where you can munch on a plate of delicious meats and cheeses at your own table while the parade marches by. There is even a kids version of the charcuterie plate which makes this option totally family-friendly!”

For more great last minute tips on enjoying Pixar Fest, or for other Disney vacation planning advice, be sure to visit DisneyParksMomsPanel.com for a personalized response from one of our knowledgeable panelists.