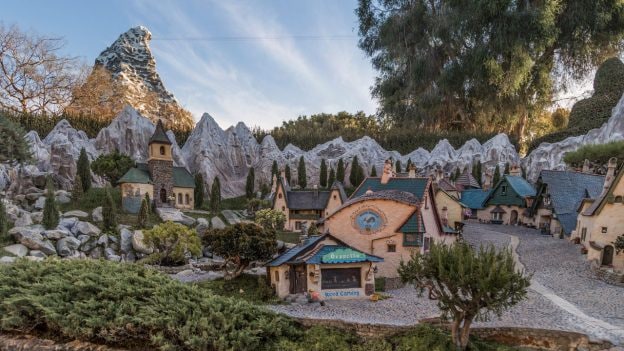 Hop in, travelers, for a journey through Storybook Land. The Storybook Land Canal Boats have been a Fantasyland mainstay since the attraction opened in 1956 in Disneyland park. This boat ride takes guests on a tour through a picturesque fantasy realm. Let’s take a closer look! 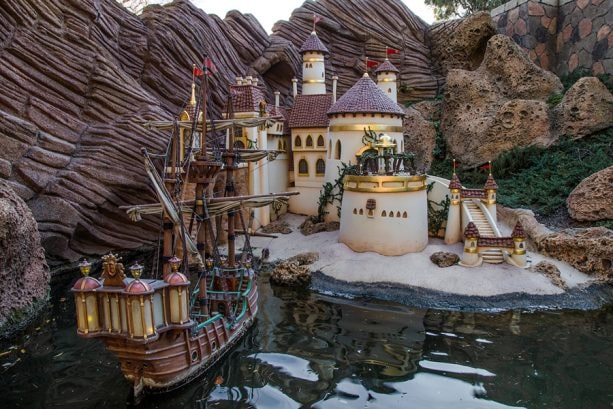 The concept for Storybook Land Canal Boats sprouted from Walt Disney’s love for miniatures. The scale of the buildings is a tiny one inch to one foot. The dwellings are outfitted with six-inch doors with quarter-inch hinges that open and close. 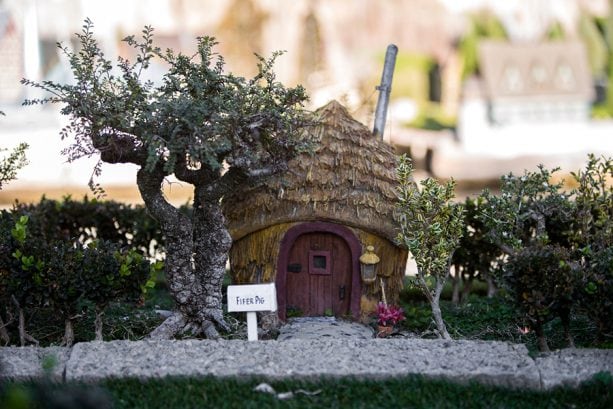 The Three Little Pigs make an appearance, straight out of the 1933 cartoon. Fifer, Fiddler and Practical have built their homes here—one of straw, one of sticks, and one of bricks. If you look and listen closely, you can see each of their names inscribed on their mailboxes as the pigs sing “Who’s Afraid of the Big Bad Wolf.” 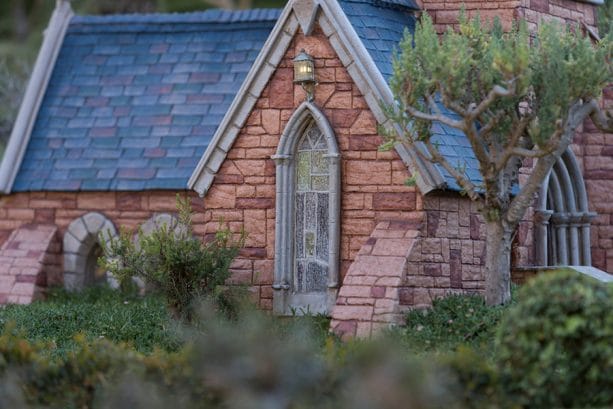 The attention to detail doesn’t end there. The church in the village from Alice in Wonderland has imported stain glass windows. Walt Disney himself insisted on this little luxury as opposed to a less expensive glass, and the stained glass installed at the construction of the village remains to this day. 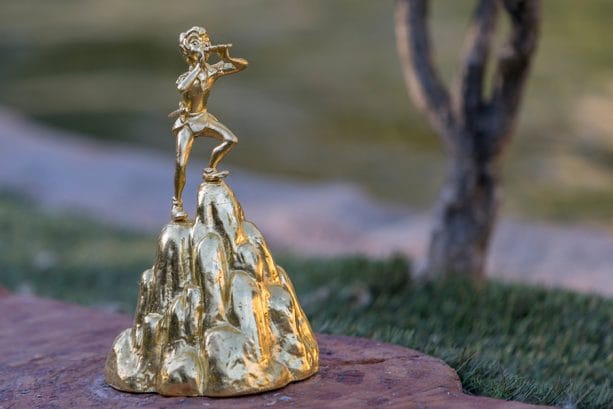 In the center of the canal is a long, narrow island known as London Park. Based on the film “Peter Pan,” London Park features a golden statue of Peter Pan in the center and miniature benches lining the walkways. In the evening, the park sparkles with tiny twinkling lights. 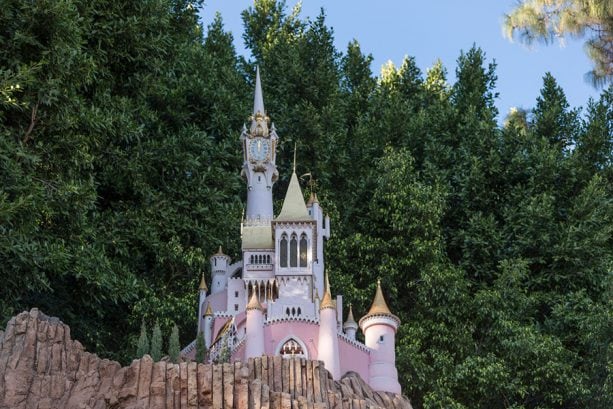 Sitting high upon the hill, the castle at Cinderella’s village looks like it comes straight from a fairy tale illustration. The turrets and finials are covered in 24-karat gold and reflect the light from the sun. If you’re riding at night, you may notice that the windows glow with light, as if a great celebration—or ball—is underway.

The most recent addition to Storybook Land is Arendelle, home of famed sisters Anna and Elsa. While Elsa’s ice palace is a sight to see, look for more “Frozen” fun after you pass Pinocchio’s village. As you round the corner to pass under the arched bridge, you might be able to sneak a peek at a small shop in the forest outside of town: Oaken’s Trading Post and Sauna. Keep an eye out for their big summer blowouts!

With more fairytale magic to be discovered from Disney favorites like “Aladdin” and “The Little Mermaid,” the Storybook Land Canal Boats can be enjoyed time and time again. Thanks for joining us on our tour today; we hope you enjoyed your visit to Storybook Land.

For closer looks into more Disneyland Resort experiences, check out these stories: