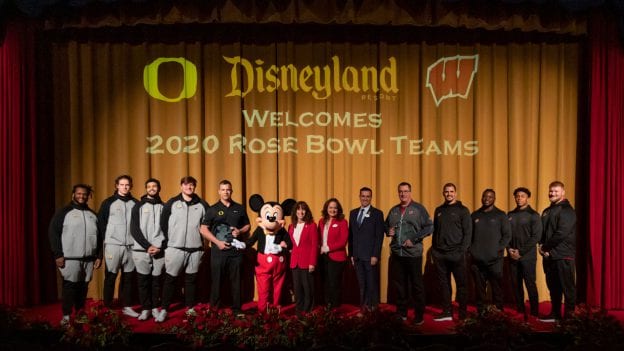 Today, the Oregon Ducks and the Wisconsin Badgers made their first stop on the way to the 2020 Rose Bowl Game presented by Northwestern Mutual in Pasadena, Calif. with a special visit to the Disneyland Resort!

The teams will face off in the 106th Rose Bowl Game on New Year’s Day. Oregon finished the regular season with an 11-2 record and claimed the Pac 12 Conference title, while Wisconsin won the Big Ten West, with a 10-3 record.