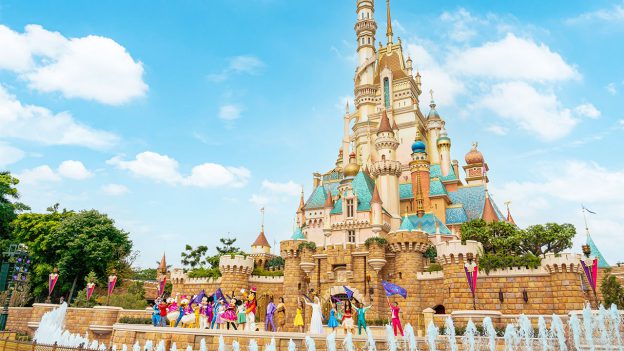 Back in June, Hong Kong Disneyland welcomed the official launch of “Follow Your Dreams” – the resort’s very first outdoor stage show set against the backdrop of its new centerpiece, the Castle of Magical Dreams. After months of relentless preparation and teamwork ahead of the show’s opening, we took an exclusive look behind the curtain to find out how much really goes into bringing a Disney Parks live stage show to life.

To the audience, the show has the high energy and excitement of a musical concert, with a selection of reimagined Disney classics and appearances from Disney friends old and new. But beneath the magic lies a group of cast members who make each show tick and ensure that the pursuit of dreams is captured in each and every performance.

Take a look at the three videos for some “backstage access” and to learn some more about those responsible for the success of “Follow Your Dreams” here at Hong Kong Disneyland.