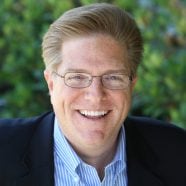 Tim O’Day is a recognized authority on “Disney” and its place in popular culture in addition to being a successful writer, public relations executive, sought-out ideation consultant, and event producer. He is the author of 8 books, a catalyst for award-winning PR campaigns, and the producer of groundbreaking events (including the first-ever concert pairing of music legends Alan Menken and Richard M. Sherman). His creative spark was behind creating a regulation-size lap pool on Main Street, U.S.A. for US Olympian Michael Phelps, procuring a Hollywood Walk of Fame “Star” for Disneyland Park, placing “Dumbo” in the Smithsonian, securing film legend Julie Andrews as the Disneyland 50th anniversary honorary ambassador and having the pardoned White House Thanksgiving turkeys retire to the Disney Parks. He has worked with almost all of the Disney Legends and helped secure the National Medal of Arts from President George W. Bush for the Oscar-winning songwriters Richard and Robert Sherman in a White House ceremony.

Magic Kingdom Park: Home to the Most Romantic Fairytale of All-Time

Share Magic Kingdom Park: Home to the Most Romantic Fairytale of All-Time

A ‘Contemporary’ Appreciation for the Holidays