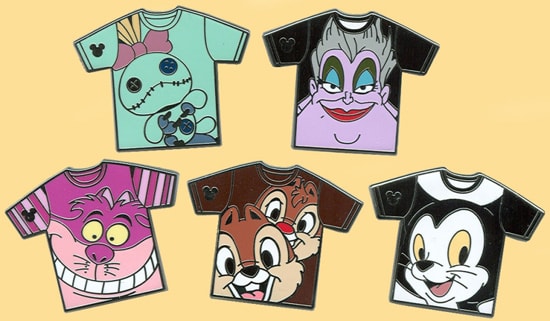 When are Hidden Mickey pins being released? It is a question asked by many guests and cast members at the start of a calendar year. For those unfamiliar, the Hidden Mickey pin program was introduced several years ago to encourage trading between cast members and guests. Trading Hidden Mickey pins is now a popular activity for many visiting Disney Parks. Today, I’m giving you a sneak preview of new pins for Disneyland Resort in 2011. This is bittersweet for me as I have transitioned to a new role as Merchandise Communications Manager (you may have noticed this from other articles on the Disney Parks Blog). These pins are some of the final pins I worked on for trading; I hope you enjoy them as much as I enjoyed creating them. 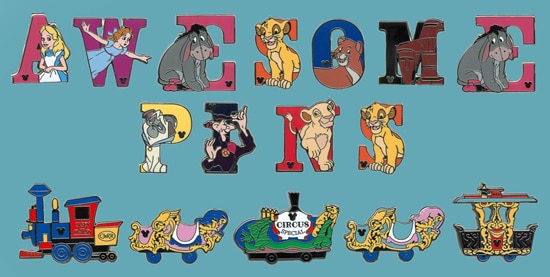 Many fans will be excited to hear a new Alphabet series is coming to California. This series will be different than the first Alphabet series released in Florida. I love the simplicity of this collection as it is super easy to collect (come on, only 26 letters to get!). Here is a cool story about the first set of Alphabet pins – a guest traded for letters to spell “Will You Marry Me” on a lanyard then proposed to his now fiancé. That’s magic!

Another series I wanted to introduce last year was the Casey Jr. Circus Train. Due to tight development timelines, I couldn’t create the set last year. I’m thrilled that this year fans can collect the classic Fantasyland attraction (which I always love to ride – monkey car or wild animals car?). In recent years, I have drawn inspiration for pins from various icons found in Disney Parks. A set in the 2011 collection will feature some of my favorite icons from Disneyland park (including the mint julep from New Orleans Square!). Can you identify the other icons? 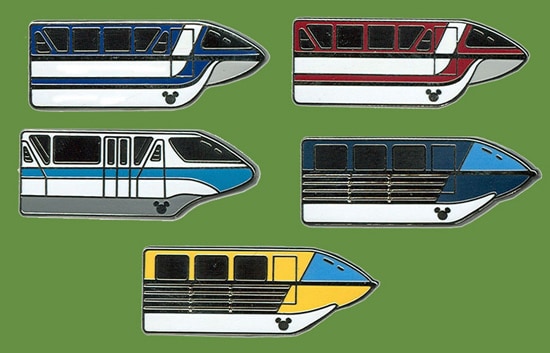 For the first time, we are featuring a collection of Disneyland Monorail pins. These pins complement monorail pins created for Walt Disney World a few years ago. Does anyone else ever dream of riding a monorail to work? I do every day!

One change this year was based on guest and cast member feedback. The 2011 Hidden Mickey collection will have two different waves. Coming in late January or early February, the first wave will contain about 30 pins. These pins will be traded until around summer when a second wave with different pins will be released. I basically split the collection in half wanting to spark trading all year long.

Another thing we are trying are the tee-shirt pins pictured at the top of this article. There will be a series of tee-shirt pins released in California. A series featuring different characters will be released in Florida. I love when guests trade between the coasts and the entire set looks so awesome.

As mentioned, look for the first wave of the 2011 pins coming to cast members’ lanyards in late January or early February. Happy Trading!