SEA the Difference a CAN Makes? Disney VoluntEARS Participate in CANstruction Competition 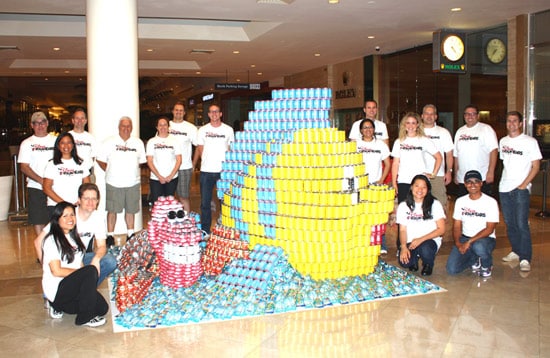 The team used nearly 5,400 cans of food to create “SEA the Difference a CAN Makes,” which featured Flounder and Sebastian from Disney’s “The Little Mermaid.” Nearly 4,200 pounds of food including canned corn, black beans and juice pouches went into completing the structure.

CANstruction, a charity committed to ending world hunger, holds competitions around the nation in which teams compete by designing and building structures made entirely out of canned foods. Those canned goods are then donated to local charities – in this case, to the Orange County Food Bank.

Take a look at more ways Disney VoluntEARS have reached out to the local communities: